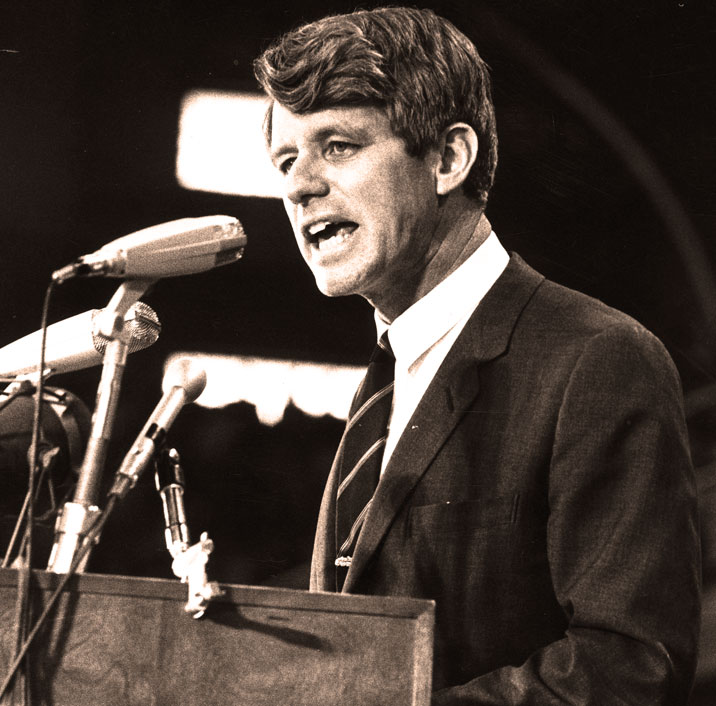 Robert F. Kennedy - during his tenure as Attorney General. Heads rolled and friends not made.

Robert F. Kennedy – during his tenure as Attorney General. What we needed in the country and the world was to face up to problems.

A Press Conference by Attorney General Robert F. Kennedy, from July 7, 1964. Given during the White House Seminar for Students employed in Washington over the Summer. A yearly seminar, attempting to persuade those student employees to consider a career in government once they entered the workforce.

The Press conference opened with a statement by the Attorney General who said, in effect that if the young people didn’t take an active role in the political goings on in Washington, the entire country would suffer as a result.

Then Press conference then opened for a question-and-answer period where RFK was handed a wide range of topics; everything from the Civil Rights Movement to his alleged  animosity towards Teamster President Jimmy Hoffa.

A fascinating account and another glimpse into the career of Robert F. Kennedy.

As broadcast on July 7, 1964 with highlights from the conference.