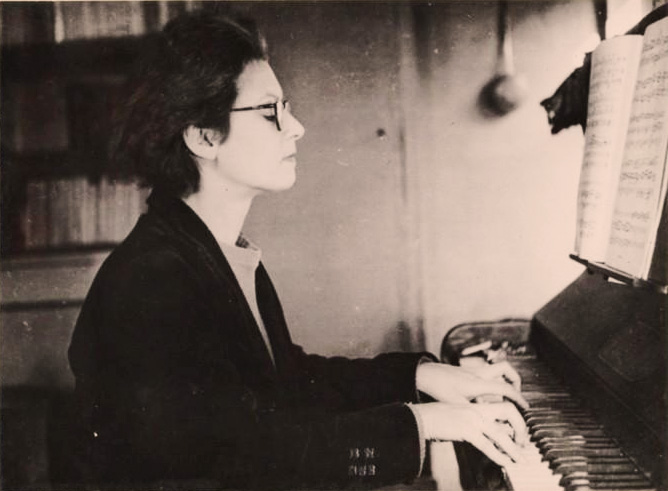 Elsa Barraine - one of the leading lights in mid-century Women Composers of France.

Elsa Barraine – one of the leading lights in mid-century Women Composers of France.

Click on the link here for Audio Player – click Save As to download: Elsa Barraine – Wind Quintet – Wind Quintet of The FNO – 1956 – Gordon Skene Sound Collection

One of the leading lights among Women Composers in France after the end of World War 2, Elsa Barraine was in league with other notable Women (Lili Boulanger in 1913 and Marguerite Canal in 1920) to win the prestigious Prix de Rome in 1929. A wildly versatile career, which also included stints as pianist and sound mixer and Head of Singing at the ORTF (French National Radio Network). After the war (which she was also heavily involved in the French Resistance movement between 1940 and 1944), Barraine was recording director for the legendary French Progressive record label Le Chant du Monde before joining the Paris Conservatory where she taught analysis and sight reading.

Sadly, her compositions are seldom performed today and she has become somewhat obscure in the annals of distinguished French composers of the 20th Century. For no good reason.

The recording is from approximately 1956 and was from a broadcast by the ORTF.

Another good reason to start digging around the library for music you’re not familiar with.