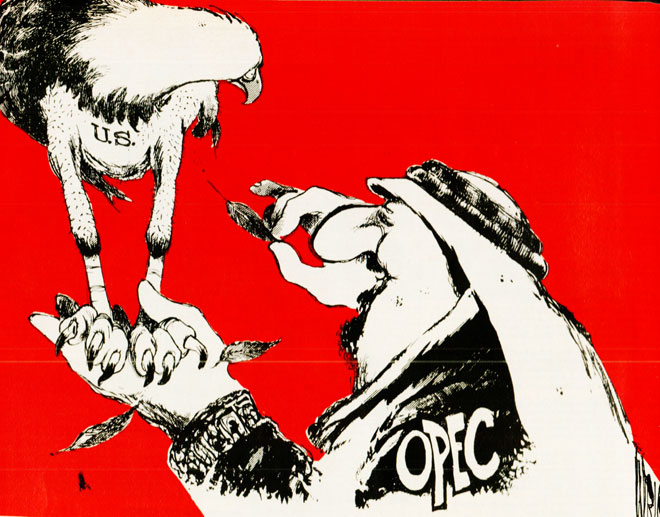 Despite the posture and the bluster, the band played on.

Despite the posture and the bluster, the band played on.

News for the week ending on this July 8th in 1979 had a lot to do with the Middle East (surprise). The energy crisis was back on the front burner and calls for emergency measures, alternative plans and late night Capitol Hill sessions came and eventually went -and if history is any indicator,  not much changed.

But still, with tensions in the Middle-East running at an all-time high and the region experiencing a lot of instability, our dependence on OPEC was proving to be not a wise one.

And the situation made for lots of political opportunities. With the Presidential elections a year off, potential contenders were using the crisis to offer solutions and tut-tut the President’s seeming inability to end the crisis. Same old story: “if they did it my way . . . .” – sound and fury. Harbinger of much to come over the following 8 months.

And if the situation on the ground weren’t perplexing enough, the skies above were offering their own scenarios for potential crisis. Skylab was falling, heading back to earth and slated to crash sometime in the coming week – just exactly where it would crash was anybody’s guess.

And Central America was on the agenda this week in 1979. Nicaragua was going through upheavals with the Somoza regime crumbling under pressure from the Sandanistas. It was only a matter of time before a change in government and leadership would take place . . .and another chapter for future scandals to be written.

So that’s what went on this week in July in 1979. Not earth shattering at the time, nor particularly out-of-the-ordinary in history. Mostly a signal of what was to come down the road – and what gets tagged for repeated appearances. All that via the CBS Radio News Program, The World This Week, for the week ending July 8th, 1979.