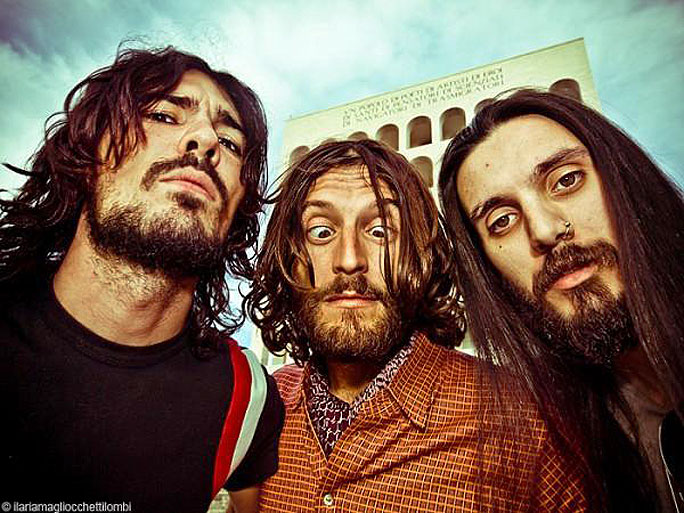 The Zen Circus - what "losing your mind" sounds like in Italian.

The Zen Circus – what “losing your mind” sounds like in Italian.

Over to Italy tonight for a live set by the enigmatic and somewhat overlooked (at least in the States), Zen Circus. I’ve been following Zen Circus for several years now, ever since their involvement with Brian Ritchie of Violent Femmes. They have a pretty good following in Italy and around Europe, but I’m not sure who else knows about them. To classify them as an Italian Punk band is a little too limiting. They cover a wide spectrum, even Folk. And even though some of their experimenting doesn’t quite pay off all the time, they are thoroughly engaging as a band that has a lot to say.

Ritchie’s tenure with the group was short-lived and the personnel often change. Around since 1994, it’s only natural they go through a lot of different musical directions.

After releasing the self-produced album About Thieves, Farmers, Tramps and Policemen in 1998 as The Zen, the band changed its name to Zen Circus, a mashup between the titles of the albums Zen Arcade and Metal Circus by American rock band Hüsker Dü.

Their first official album, titled Visited by the Ghost of Blind Willie Lemon Juice Namington IV, was released in 2001 by Iceforeveryone Records. As of 2019, they released eight additional albums, reaching the top ten of the FIMI Albums Chart with Canzoni contro la natura (2014), La terza guerra mondiale (2016) and Il fuoco in una stanza (2018).

They may not be your cup of tea, but I liked them from the get-go for a lot of different reasons, mostly because they aren’t afraid to try things. And anybody who uses a washboard for an instrument demands at least some respect from sheer physicality alone.

So the least you can do is hit the play button and see what you think . . . .following along the lines of keeping an open mind and all . . . .