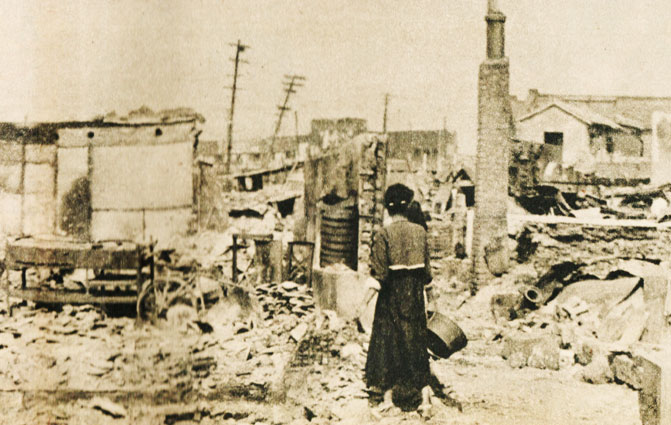 Judging by the spectacular events of that year, the answer would be yes.

Do We Need A New Foreign Policy? 1950 – Past Daily Reference Room

Judging by the spectacular events of that year, the answer would be yes.

Click on the link here for Audio Player: American Forum Of The Air – July 9, 1950 – Do We Need A New Foreign Policy? – Gordon Skene Sound Collection.

The endless debate on U.S. Foreign Policy, the political wrangling and the blind-sidedness – it would seem to be our legacy going back to the beginning of our nation’s history. In this debate, part of the American Forum Of The Air series from July 9, 1950, the question is asked “Do We Need A New Foreign Policy?” The answer in 1950 was an emphatic yes. We were in the beginning stages of what would be a grinding, protracted war in Korea based on a Domino Theory of Communist influence in the Far-East. Was this going to be our modus operandi for the future?

Judging from the amount of carping and sniping going on between the two Senators taking part in this debate (Senator William Benton D-Connecticut and Senator George W. Malone R-Nevada), it was a political jumble destined to go nowhere.

The consensus of opinion was our Foreign Policy was based on a sort of “winning hearts and minds” (heard that phrase before?) which was primarily tossing money at a situation in order to promote free-trade. All well and good. But invariably, it became a matter of tossing good money after bad (i.e. Cuba, South Vietnam . . .etc.) and winding up with the same result.

The Marshall Plan came at a much-needed time and did what it set out to do; get those countries ravaged by the war back on their feet and begin the process of reconstruction. But what was the plan after that? No one was really sure and no one could agree on what that course of action should be.

And as this crucial period of history began to unfold – a history that saw the end of Colonial rule and the emergence of newly independent nations, our future was becoming less and less clear in our dealings with the rest of the world. We found ourselves supporting the wrong regimes, the corrupt regimes. Those regimes which came to power through force, rather than popular appeal. Those countries which sought to abandon old ways of governing (i.e. Iran and the rise of Mossadegh and the overthrow which reinstated the reign of The Shah as a result of the Anglo-Iranian oil dispute), thwarted through political and economic short-sightedness because of opportunities and, well . . . .greed. It was a potential can of worms which would prove an ominous visitor again and again over the coming years. We were waging an all-out popularity war with the Soviet Union and our fear of losing another country to The Iron Curtain caused us to make some ill-conceived choices as a result.

But an issue as complex as this, and as far reaching, wasn’t likely to be settled or have a solution arrived in the allotted 30 minutes. But it was clear, even in this short period of time, that political posturing and refusal to look at the big picture would become a common thread and fear was the all-encompassing motivator.

So to give you an idea of what was at stake, and how much nit-picking and wrangling was to be had, here is that episode of The American Forum from July 9, 1950.