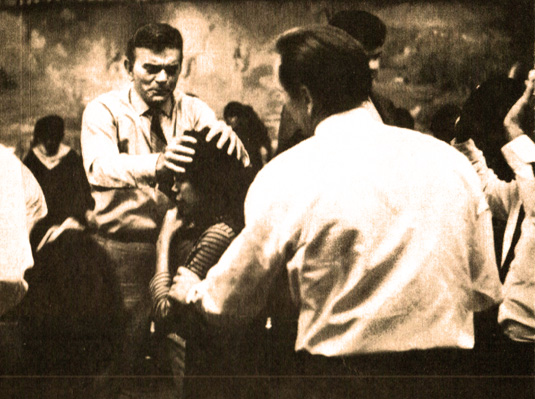 If ya feel, ya heal.

Had there not been so much drama, deceit and upheaval associated with the decade of the 70s, it might have been called “The Goofy Decade”, there was no shortage of strange occurrences taking place during that time.

On this particular July 10th in 1970, much of the news was about the latest trend in bank promotions, or “Bank Shifting” as it was known. The luring away of customers from one bank to another by way of gimmicks and incentives; everything from stuffed animals to TV sets. The question of whether or not it was purely ethical more or less took backseat to whatever competing banks were using to attract new depositors. One suspects many of those banks were the same ones claiming insolvency during the next decade. But that’s another story.

And then there was the story of new pressure from clothing manufacturers to retail stores to begin pushing the “Midi” dress, one of the really bonehead ideas of the 70s, to unsuspecting and resistant customers. The rationale was, the new length meant more material which meant higher retail prices which meant the economy would benefit. Seriously? Well . . .it was the Goofy Decade after all, on top of Free TV sets . . .

There was a serious side to this day of otherwise strange news. As reported by Chet Huntley and David Brinkley, this broadcast began with news the Nixon Administration was going to deny tax exemptions to Private Schools if those schools were segregated. The ones effected were those “private academies” set up in the Southern States to avoid integration. The upshot was; with the loss of tax exemption status, it would be more difficult to raise money via donations because those donations were no longer deductible on income taxes.

Pres. Nixon was also calling for a National Commission on Productivity; a panel of experts to advise Nixon on ways to increase productivity for man-hours of work. Nixon also announced the first of what were termed “inflation alerts” to be issued in August.

And oddly enough, the Stock Market rose again for the third time in as many days.

The Senate voted to repeal, for the second time, the Gulf of Tonkin Resolution – that infamous document that stuck us irrevocably in Vietnam. Nixon said he didn’t need the resolution and he could carry on the war just nicely with or without it.

Elsewhere in the world – Cambodia claimed Thai troops crossed the border into their country in what Thai sources said were there in order to protect an ancient temple, but there was no fighting as of the broadcast. In Vietnam, the future of the Montagnards was in question. A tribal group, supported by the U.S. and trained by the Green Berets to fight the Vietcong, the South Vietnamese didn’t like them and subsequently were engaging in acts of discrimination and hostility with tribal lands seized by the Saigon government to sell off for development.

Back home – the question of pesticides and their side-effects was being looked at, with the subject of Caterpillars and the pesticide Toxifine. Seems nobody really checked that out and there were now worries the chemicals were in danger of killing more than pests. The Court however, ruled Toxifine was okay on Caterpillars and there was no sufficient evidence saying it was dangerous to animals, people and everything else.

And that’s how much of the day went – the serious news was somewhat eclipsed by the strange stuff, free TV sets notwithstanding. It would only increase as the years went on. But that’s the way it was on July 10, 1970 as reported by Chet Huntley and David Brinkley on the NBC Nightly News.