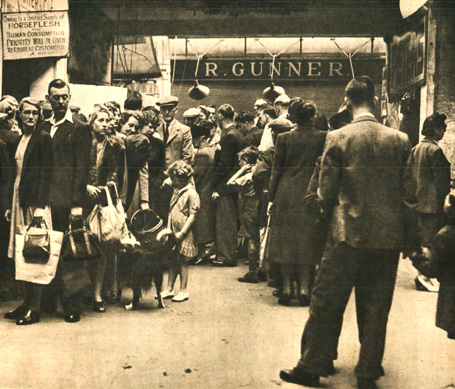 News for this day in 1947 had much to do with the ending of the Coal Strike and the threat of new ones looming. The recently enacted Taft-Hartley Labor law raised many questions about the Union movement in the U.S. and the scramble to figure out just what exactly Taft-Hartley meant was on. Phrases like “Big Labor“, “Big Business” and “Big Government” were bandied about and fear the whole thing would blow up into some Totalitarian scenario had Capitol Hill pondering.

Meanwhile, the world was spinning out of control for other reasons, most notably in Europe where the Big Four Conference was slated to begin. Topic A was the question over Austria and whether or not the Western Allies or the Soviets would exercise influence over that country as Austria had applied for membership in the United Nations and drew a storm of objections from Moscow. The Marshall Plan for economic recovery in war-torn Europe was also high on the agenda with 14 European countries accepting the French invitation to join in the conference and 7 declining on pressure from the Soviet Union. The Soviets had other plans, including a competing economic recovery plan.

So the Cold War was off and running – and he with the biggest box of shiny objects wins.

All that, and a lot more was what people were listening to on this July 10th in 1947, as presented by Alka-Seltzer’s News Of The World.