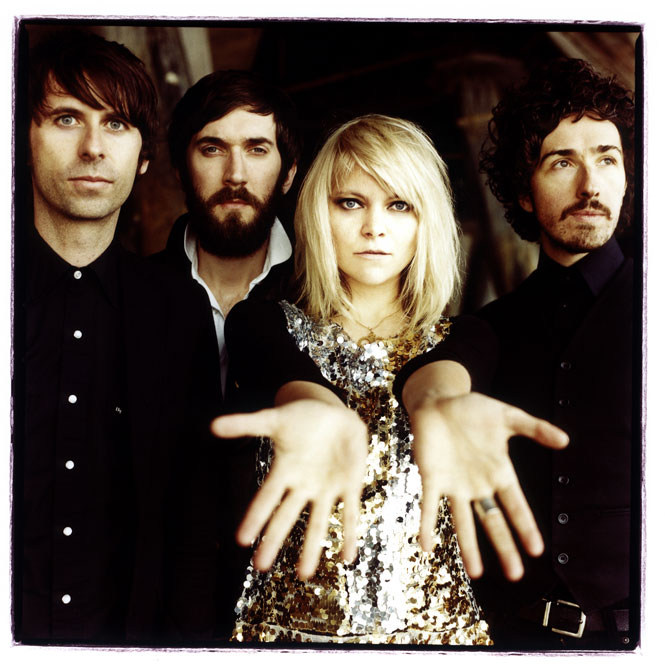 Duke Spirit - not hiding anything.

The Duke Spirit – not hiding anything.

The Exit Festival in Serbia is probably one of biggest festivals going on in Eastern Europe at the moment. It hasn’t been around for long (since 2000 as far as I can suss out), and this years’ plans to be a memorable one. If the rumors currently floating around are true, this will be the final appearance of Bloc Party before their scheduled hiatus. It also will feature Atoms For Peace as headliners (this Saturday, the 13th), and the buzz surrounding the Thom Yorke/Flea collaboration is pretty intensely positive at the moment (having been to the “rehearsal” gig in L.A. last month, I can attest it will be something not to miss). The festival site has been making available some of their previous headliners, including tonight’s post with The Duke Spirit from last year.

One of those bands who have achieved far flung popularity based on the Internet and word-of-mouth, The Duke Spirit made a big splash a couple years ago, and are actively touring, including a few dates in the States this summer. This concert from 2012 is pretty high-energy, made probably more high voltage by the amount of limiting the soundboard engineer used during the performance. I suspect they were pretty loud though, so putting a big foot on the loud bits was probably a necessity at the time.

In any event, this performance kicks ass and the Turbo-charged vocals of Leila Moss make this one of those must-play-loud concert offerings, particularly since we’re galloping to the middle of the week and need all the help we can get.