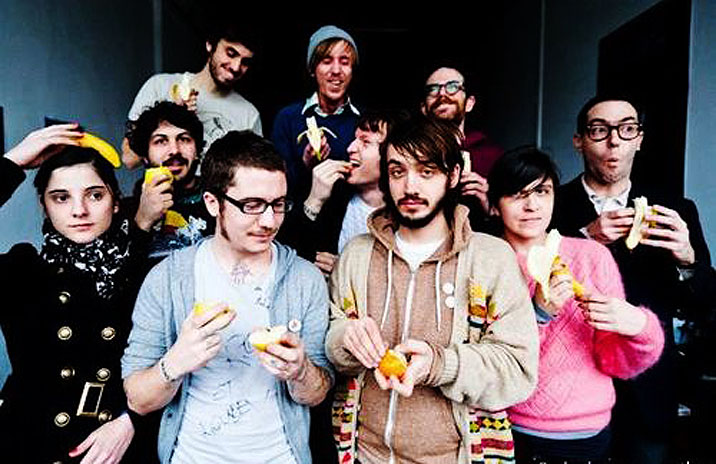 Click on the link here for Audio Player: Crane Angels – In Concert at Villette Sonique Festival – May 17, 2013

Over to the Villette Sonique Festival in Paris, held this past May, for a concert by the Bordeaux-based Music Collective Crane Angels.

I haven’t been able find out very much about this band, other than they’ve been together since 2011 and have 2 albums and an ep out. And that’s about it.

But suffice to say they are a fascinating group of musicians, reminding me (in size and versatility of musicians) of Arcade Fire. But they are a bit more experimental and Electronic in their music. And judging from the sound of the audience, they seem to be building a good word-of-mouth.

So in keeping with that spirit, here they are in concert – check out their Bandcamp website and pick up their latest ep as well as their debut album. It might be a game changer.