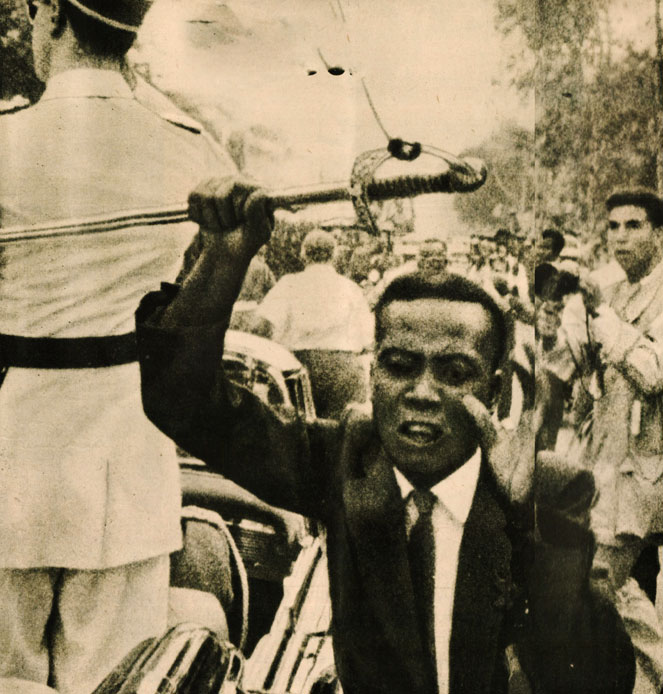 They couldn't wait to get rid of the Belgians.

They couldn’t wait to get rid of the Belgians.

News for this July 12th in 1960 was wild with contrasts. In Los Angeles, The 1960 Democratic Convention was underway with Senator John F. Kennedy looking very likely to be the standard bearer for the Party in the Presidential election, come November. The political wrangling and speculations over vice-Presidential running mates ran rampant

There was also news of two airline accidents in the Philippines; one with a fatality and the other with all aboard unhurt.

The big news had to do with the UN meeting regarding the brewing situation in The Congo.  Since Independence was declared earlier in the month, tensions were breaking into violence all around the country. Incidents such as the “sword snatching” episode by a protestor to Belgian King Badouin was looked at as either an assassination attempt or a stroke of humiliation. In either case, all signs were pointing to a violent transition from Belgian to Independent rule and the United Nations was called in to quell a potential civil war, with Tunisia offering a resolution for UN Peacekeepers to take control of the transition, rather than the Belgian Army. The question was how to evacuate the estimated 115,000 Whites living in the area and prevent continued violence. The situation was termed tense amid chaos.

And that’s just a little of what happened on this July 12, 1960 as reported on NBC Radio’s News On The Hour.