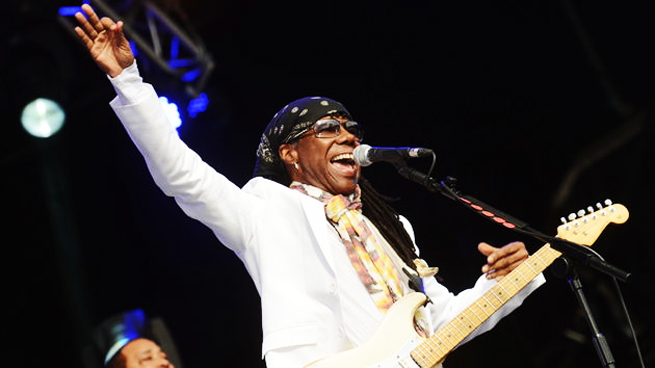 It’s hard to say who was more blown away by this concert – the band or the audience. Clearly it was a love-fest and an energy feed, with the venerable and legendary Nile Rodgers giving the performance of a lifetime and the audience giving Rodgers a sing-along and a six minute stomping/screaming ovation in return. Seriously good times were had by all.

And all on the first day of  Glastonbury this year.

If you missed it (since the streaming player kept posting “not available” to, I suspect, American audiences), here’s your chance to get into it again.

The full 90+ minutes by one of the great performers/producers/writers/talents with the band he co-founded. I’ll be interested to hear how the audience in Serbia enjoyed this one, since they opened the Exit Festival just yesterday.

I think it would be safe to crank this thing way up and add it to your weekend.