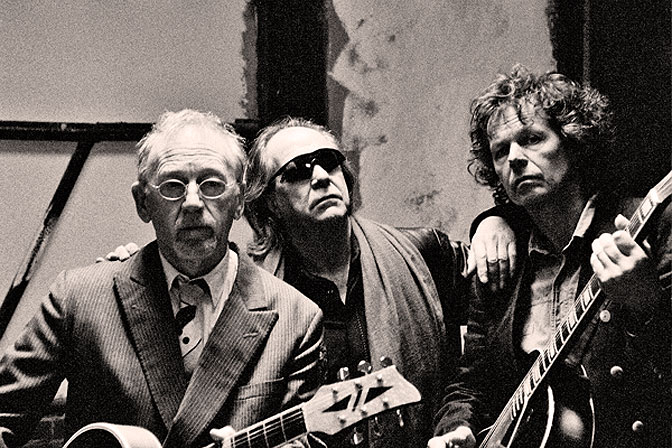 By all accounts, should be celebrating 50 years this year too.

By all accounts, they should be celebrating 50 years too.

Click on the link here for Audio Player: The Pretty Things in concert at Roadburn 2013 – VPRO Radio

Anyone who is reasonably familiar with the history of The Rolling Stones knows The Pretty Things factor in there during the early days. Under a previous incarnation as Little Boy Blue and The Blue Boys, which consisted of Dick Taylor, Keith Richards and Mick Jagger, they played primarily covers of American R&B artists during the formative stages of the British Rock scene. When Brian Jones came along to form his own band, Richards, Jagger and Taylor were recruited and the band was renamed The Rolling Stones. Dick Taylor left the Stones for Art School where he met Phil May and The Pretty Things were born. Had fate turned out differently . . .

Truths to tell, I always liked The Pretty Things, and often preferred them to the Stones just because they sounded so much more raw and loud, and with the raging hormones of a 14 year-old, they were talking my language.

Sadly, The Pretty Things didn’t achieve the level of success The Stones did. Probably the biggest reason was their difficulty in cracking the U.S. market as well as a few bad choices in touring strategies. Whatever the reasons were, they became something of underrated legends.

Tonight’s post is from a concert at the recent Roadburn Festival in The Netherlands. One of the constants about The Pretty Things is the ever-changing personnel. But the remaining original members Phil May and Dick Taylor carry on the raw spirit of the band and, fifty years on, still have that raw energy they always did.