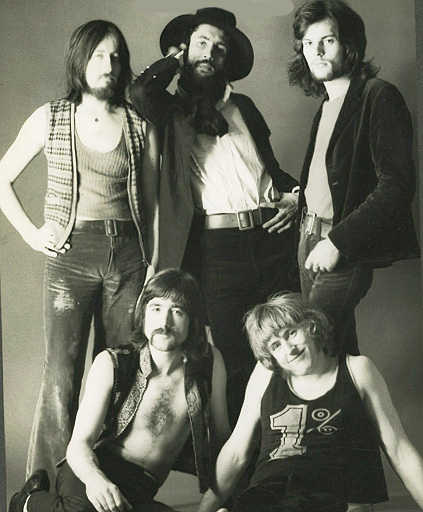 Had it not been for Baba O'Reilly, you may never have heard of these guys.

Had it not been for Baba O’Reilly, you may never have heard of these guys.

East of Eden were one of those misunderstood bands almost from the get-go. Heavily influenced by Jazz and Progressive, their hit single was strangely characterized as Folk. The misunderstanding probably had something to do with Dave Arbus, whose violin playing embraced a lot of different musical genres. But mainstream music business that it is – insistence on being pigeon-holed one way or the other based on a hit record has always had bad results (i.e. last night’s Dexys post) – and nobody could quite put their finger on what East Of Eden were all about.

And that was a shame because, if you got rid of the preconceived notions, East Of Eden were a very interesting and accomplished band with a lot of talented people involved and had a sound not that much unlike Jethro Tull. But had it not been for a guest appearance by Arbus with his violin solo for The Who on Baba O’Reilly, East Of Eden may have slipped by almost totally unnoticed.

After a fashion, the band gave up almost completely on trying to make a dent anywhere else than Europe, where their popularity was the strongest. And because of that, tonight’s post is from a session the band did for German TV in 1971.

So tonight you get a chance to hear what you missed the first time around, unless you were hovering around the import bin at your record store and kept on top of what the band were doing that way – since you never heard them on the radio.

Enjoy – and get ready for next week. Hopefully there will be surprises. Festival season is still roaring ahead.