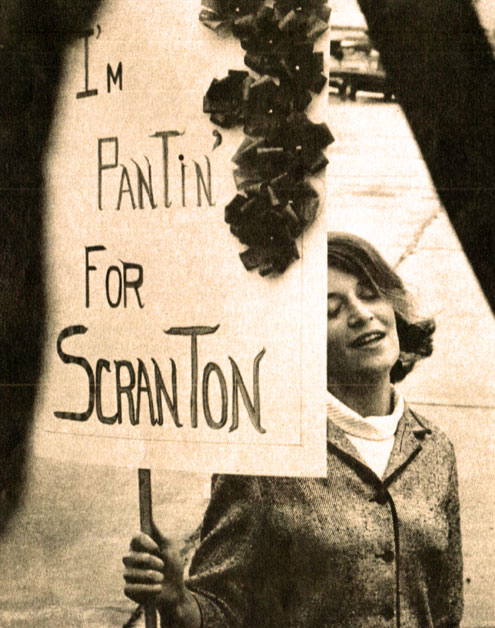 Where more than a few sentiments were cringe-worthy.

Where more than a few sentiments were cringe-worthy.

News for this day, at least in the U.S., had primarily to do with the Republican Convention and the selection of Barry Goldwater as Presidential Candidate.

Long thought to be the turning point in the Republican Party, it actually began somewhere shortly after the 1954 off-year election and with the 1962 off-year elections making the move to the extreme right more visible. By 1964, what was considered to be the radical minority wing of the Party had taken over and swept Barry Goldwater to the forefront as the standard bearer for the Republicans, and a stunning repudiation of the moderate and liberal wings of the party.

During this last hour of the nomination process, a lot of commentary passed over the airwaves over what this new direction of the Party was to potentially mean and how it was reacted to by the Republican establishment.

It’s interesting to note that, in 1964 the majority of newspapers in this country were considered to be Republican dominated (contrary to the Liberal Press as it is often bandied about), and how the press itself saw this new change as something ominous for the future of the country. Now that the moderate and liberal wings of the GOP were tossed aside, this new breed was viewed as something potentially dangerous. And how this was going to bode with voters in November was cause for a lot of speculation.

But on this night in 1964, all eyes were on the GOP, Arizona and the Favorite Son who made good.

July 15, 1964 as reported by Walter Cronkite, Eric Sevareid, and a host of others – along with Civil Rights demonstrations outside the Cow Palace in San Francisco.