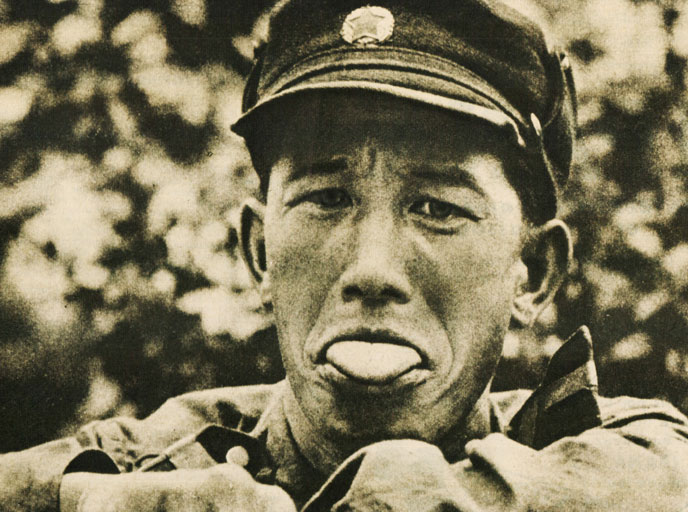 Means the same thing in every language.

Buddying Up To Franco, Gauging Facial Expressions In Korea And Dodging Teargas In Tehran – July 16, 1951

Means the same thing in every language.

Your typical July day in 1951. The U.S. was trying to find a way to get on Spain’s Generalissimo Franco‘s good side, much to the displeasure of Britain and France. Seems we really needed some bases over there and Franco’s military was hopelessly outdated. And we had all these weapons lying around . . . . . .

Meanwhile, the ceasefire negotiations were continuing in Korea with more being read into facial expressions than actual words. And further over to the Middle-East; Martial Law had been declared after rioting had broken out in Tehran and other cities in Iran. This hot on the heels of the presence of Averill Harriman, President Truman‘s envoy, to begin negotiations over the oil dispute. In essence, Iran, under the newly elected leadership of Mossadegh, decided to nationalize oil production, dissolving the tenuous relationship between Tehran and London. The “riots” which ensued were supposedly between “Nationalists and Communists” and were threatening to spread to the major oil refineries around the Persian Gulf. The result was Harriman suspending talks until the fracas settled down.

In Brussels, King Leopold III of Belgium abdicated the throne and turned it over to his 20 year old son Boudouin. Boudouin would figure prominently in the goings-on in The Congo a little less than a decade later. But for now, he was settling in to the new job. In Italy, Premier De Gasperi quit after 5 years and his cabinet went with him. The shakeup prompted calls for early elections.

The floods in Kansas prompted increased relief funding as the disaster continued working its way south and waters were finally receding in Kansas City. Estimates on final damage costs from the floods ranged upwards to $3/4 billion (in 1951 dollars).

On Capitol Hill, the subject was Beef prices and debate back and forth on whether or not to roll back. It was also learned that President Truman promptly fired, and without giving reason, the IRS Director of Boston and the DOJ was advised to investigate. Speculation over news of irregularities in various IRS offices throughout the U.S. prompted the action. More would be revealed.

And that’s just a sample of what went on this day in 1951, as reported by Don Hollenbeck, substituting for Edward R. Murrow and CBS Radio News for July 16, 1951.