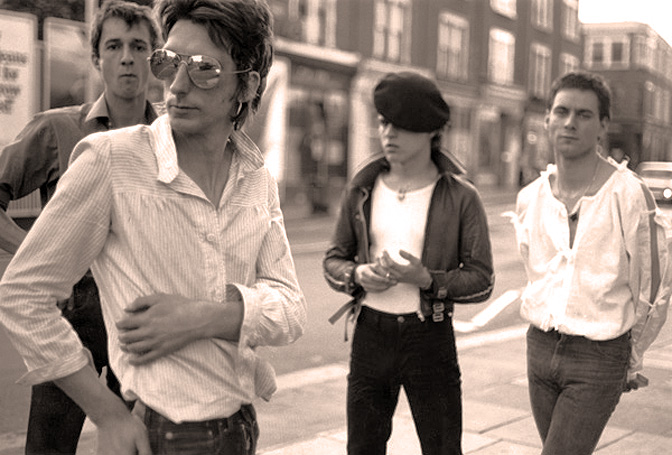 Wire - one of those bands that got under your skin and stayed there.

Wire – one of those bands that got under your skin and stayed there.

One of those bands who made a lasting impression on me during the halcyon days of the late 1970s. Wire had an uncanny knack of forcing your attention on them and leaving you feeling like you actually heard something relevant when they finished. And they only managed to grow over the years. Still, their masterpiece has always been Wire 154. But their early material was what got my interest.

Wire’s debut album Pink Flag (1977) – “perhaps the most original debut album to come out of the first wave of British punk”, according to AllMusic – contains songs that are diverse in mood and style, but most use a minimalist punk approach combined with unorthodox structures. “Field Day for the Sundays”, for example, is only 28 seconds long.

Their second album, Chairs Missing (1978) marked a retreat from the stark minimalism of Pink Flag, with longer, more atmospheric songs and synthesizer parts added by producer Mike Thorne.[6] “Outdoor Miner” was a minor hit, peaking at number 51 in the UK singles chart. The experimentation was even more prominent on 154 (1979).

Creative differences split the band in 1979, leading to the Document and Eyewitness LP (1981), a recording of a live performance that featured, almost exclusively, new material, which was described as “disjointed”, “unrecognizable as rock music” and “almost unlistenable”. The LP came packaged with an EP of a different performance of more new material. Some of these songs, along with others performed but not included on the album, were included on Newman’s post-Wire solo albums (5/10, We Meet Under Tables), while others were released by Gilbert’s and Lewis’ primary post-Wire outlet Dome (And Then…, Ritual View).

Between 1981 and 1985, Wire ceased recording and performing in favour of solo and collaborative projects such as Dome, Cupol, Duet Emmo and several Colin Newman solo efforts. In 1985, the group re-formed as a “beat combo” (a joking reference to early 1960s beat music), with greater use of electronic musical instruments. Wire announced that they would perform none of their older material, hiring The Ex-Lion Tamers (a Wire cover band named after a song title from Pink Flag) as their opening act. The Ex-Lion Tamers played Wire’s older songs, and Wire played their new material. Wire released IBTABA in 1989, a “live” album of mostly reworked versions of songs from The Ideal Copy and A Bell Is a Cup, heavily rearranged, edited, and remixed. A new song from the album, “Eardrum Buzz”, was released as a single and peaked at number 68 in the UK singles chart.

Tonight’s post is from the first of a series of sessions Wire did for John Peel at The BBC. This one is from January 18, 1978 (broadcast on January 31st).

These four tracks give some idea of why they were different and several cuts above most bands of the period.

Luckily for everyone, the band is still together, gigging and recording. They’ve lost none of their edge.

And that’s worth a big sigh of relief.