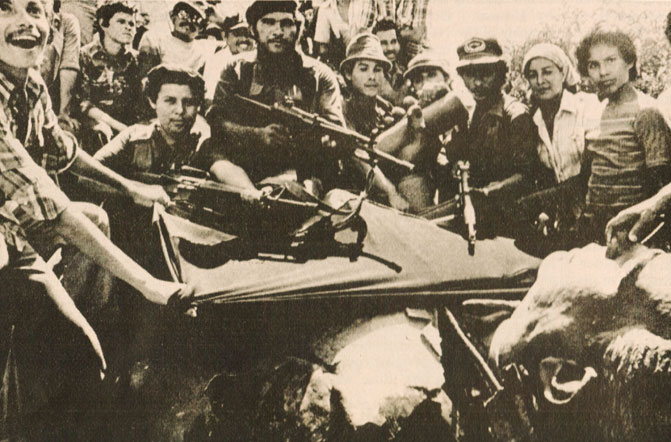 News for this July 17th in 1979 began with word that Nicaraguan strong-man Anastasio Somoza resigned and went into exile. Short, sweet and to the point. The abrupt departure made way for the entrance of the Sandinistas, who were now in control. How this would bode for future relations with the U.S. was a matter of secret contemplation, as no word from the State Department or the White House was forthcoming.

Meanwhile, President Carter had other fish to fry, most notably the Energy Crisis which was rearing it’s slowly escalating head. Carter promised the bring the full force of the law in prosecuting Oil Companies and other profiteers caught gouging citizens at the pumps (where have we heard THAT before?). Carter offered a wide range of solutions to the energy crisis, including nuclear power, a commitment of $140 billion to pay for energy security and an import quota of 8.2 million barrels of crude per day which was less than the country used in 1977.

And Summer promised to be a bit toastier than usual, with Federal law requiring building air-conditioners be set at no lower than 78 degrees. Building owners were balking, saying tenants would resort to using fans and the additional power drain would use more fuel than if the air-conditioners were left alone. The building owners suggested a reduction in electric light use as a solution. Comfort versus clarity.

A standby gas rationing plan was expected to pass, which failed to make the votes only a few months earlier.

And the House Assassinations Committee was slated to make their findings regarding the JFK and Martin Luther King assassinations public on the 18th. Pre-release word was the Single-Assassin theory held up for JFK, even though it was speculated that there was a possibility of a second gunman who fired from the Grassy Knoll but missed. The Committee did say they could find no evidence of a second gunman and no evidence a government or radical group was involved and no direct involvement of organized crime, but did say there was a possibility of a connection with a crime syndicate in New Orleans or Dallas. However, the FBI dropped the ball in the Martin Luther King assassination investigation, leaving open the possibility that James Earl Ray was working for somebody who wanted King dead and that the possibility of a conspiracy was likely.

Gold prices broke records, selling at an unprecedented $290.12 and ounce in London. Economists viewed it as a lack of confidence on Europe’s part in the Carter energy plan.

And that’s how this day rolled via The CBS World News Roundup for July 17, 1979.

P.S. And don’t forget about Past Daily’s Summer Fundraiser – give what you can, we need the support. Click here to make a donation. Please? Pretty-please?