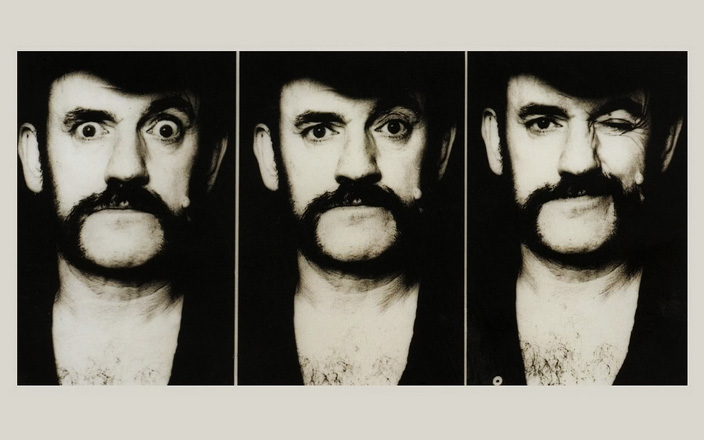 The Three Phases of Lemmy.

Motorhead – Live At The Paris Theater – 1979 – Nights At The Roundtable: Mini-Concert (Get Well Lemmy) Edition

The Three Phases of Lemmy.

With the news earlier this month of the abrupt cancellation of Motorhead‘s Summer tour, owing to complications from heart surgery on the group’s founder and guiding light Lemmy Kilmister. And since it was advised on Lemmy’s site to keep the spirit going by getting periodic doses of Motorhead until Lemmy is back on his feet, I’m taking him up on it and offering some vintage Motorhead tonight.

At last report, Lemmy is taking it easy and recovering nicely, which loosely translated probably means he’s bored out of his skull.

That said, I think the world would be better off with Lemmy being seen, rather than viewed. So if boredom means having a back-to-normal ticker, rather than dropping dead on stage (romantic as that notion may sound), we’ll vote for boredom – because that ain’t forever. The dirt nap is.

So by way of the venerable BBC and their In Concert series, first broadcast on May 16, 1979, here is a taste of Motorhead live at The BBC’s Paris Theater.

And on a side note: I’m sure  you all know by now that Past Daily is in the midst of their Summer Fundraiser. We have to keep this site going and keep the on-going digitization process happening. Which means equipment needs fixing, tapes need baking and the collection needs to expand the warehouse. Anything you feel okay about giving is greatly and gratefully appreciated. Click on the link here for The Fundrazr Site where you can donate. Thanks to all of you who have dug in your pockets so far. YOU ROCK!