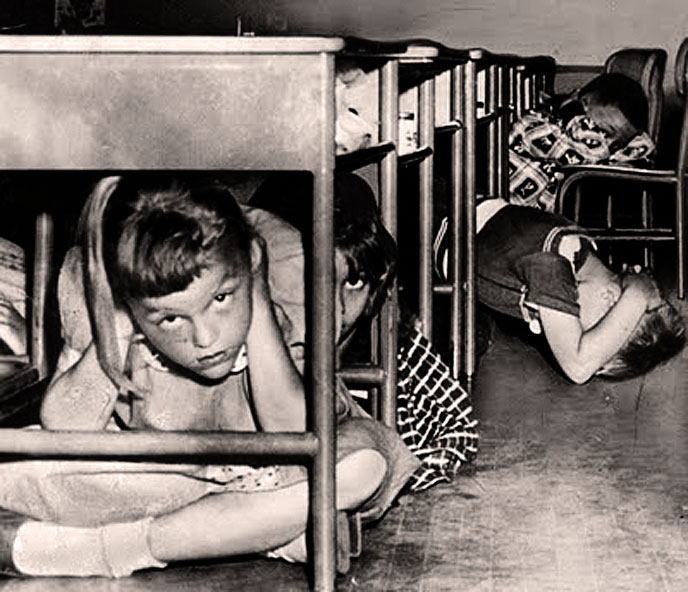 In the world of Paranoia there was plenty to go around.

Are Our Schoolbooks Dangerous? – 1941 – Past Daily Reference Room

In the world of Paranoia there was plenty to go around.

Click on the link here for Audio Player: American Forum of The Air – Are Our Schoolbooks Dangerous? 1941 – Gordon Skene Sound Collection

As a society, are we a fearful people? Yes. Paranoid? Yes. Vengeful? Yes. Civil? No.

Has it always been that way? I’m afraid to say, yes.

Of course, that’s painting the picture with too wide a brush – we’re not all that way, in fact a lot of us aren’t. But our society is based on so much fear and paranoia it makes you wonder just what it is that keeps us together, rather than falling apart and into armed camps.

And all this fear makes us act in strange and often dangerous ways and react to situations and other people we feel to be some sort of threat. Lately it has taken on expressions of hate and words of incivility (well . . .that’s no surprise – name calling is our metier). The end result is the same – isolation and all-encompassing fear.

In 1941 the ominous danger came, at least in one form, by way of our schools – or at least it was claimed to be.

In 1941 the issue was whether or not we were allowing our children to be brainwashed by Communist influences creeping into our textbooks. Subtle turns of phrase that were construed to be code words for the hoards of Bolsheviks braced to storm our shores. LIkewise, we were fearful every other person walking the streets was a Nazi sympathizer, or Fifth Columnist as the popular phrase went.

And so, in an attempt at a civil discussion and airing of concerns, NBC Radio by way of its Americas Town Hall program, aired shortly before our entry into World War 2, posed the question “Are Our Schoolbooks Dangerous?”.

The discussion is interesting and was prefaced by the moderator as a wish for some cool-headed discourse and lack of name-calling on the parts of the participants and the audience. For the most part it was successful.

Perhaps the rules of engagement have changed – the fear however, has not. And even in 1941 we were a fearful, paranoid, vengeful bunch.

Some things will never change, unless the default switches are changed. That’s the work part.

Here is that discussion as aired in 1941.