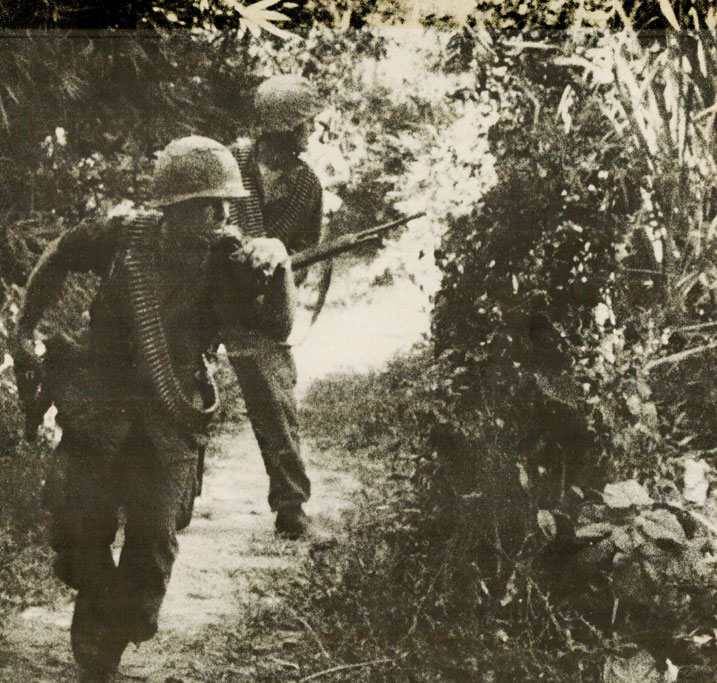 The deadly game of Tag: You're It.

The deadly game of Tag: You’re It.

News reports on the war in Vietnam were coming with such regularity in 1965 as to almost make the news humdrum and monotonous. So the news for this July 18th in 1965 focused primarily on the upcoming Mayoral elections in New York. Since this broadcast came from WOR, it would only be natural to focus on the issues confronting the local population. But the Vietnam War was starting to get on peoples’ nerves. There was still the very vocal support of it via the Hawks who commandeered the airwaves and reported casualty figures that exaggerated Vietcong losses while minimizing our own. But as the year dragged on, that support became less and less vocal and more and more questioning. And the body bags kept on coming.

On this day in 1965, the news was about the only highway between Saigon and the sea being cut in two by Vietcong and that battles were going on all over South Vietnam. Reports from a visiting Defense Secretary, Robert McNamara, giving an upbeat assessment of the War, was expected to return to Washington later on in the week to ask for a dramatic increase in troops and support for the war effort.

The Cruise ship 7 Seas was stranded some 500 miles off the coast of Newfoundland, owing to a fire in the engine room which cut power on the Rotterdam to New York bound passenger ship. Tugs were being dispatched to the stricken ship, which carried some 400 passengers, to the nearest port, St. Johns in Newfoundland.

Civil Rights news for this day covered the latest set of marches in Louisiana and the violence that confronted the protestors. President Johnson and the First Lady were flying to Illinois for the funeral of Adlai Stevenson, who passed away earlier in the week.

Renewed violence in the Middle East with reports and allegations of Syrian Army troops opening fire on Israeli farmers along the Sea of Galilee with Israeli troops returning fire.

So that, and lot of other local and International news was what went on this particular July 18th in 1965 as reported by WOR-AM in New York.

We’re still fundraising – no new donations yet today, so we really need any help we can get. Click on the link here – Past Daily Summer Fundraiser – to make a donation in any amount. It’s badly needed and the support is very much appreciated.