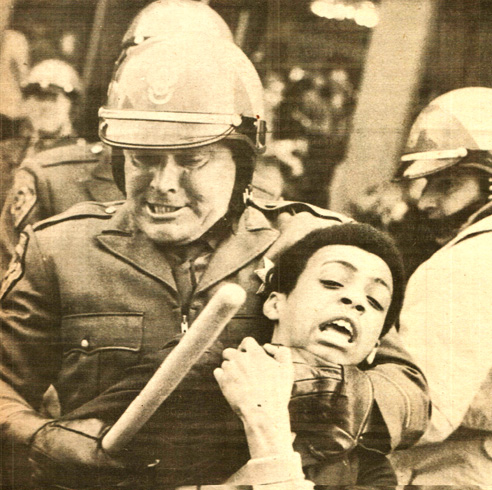 If history is any judge, that would be a big YES.

Our Civil Liberties – Are They In Danger? 1947 – Past Daily Reference Room

If history is any judge, that would be a big YES.

Click on the link here for audio: Our Civil Liberties – Are They In Danger? America United Program – 1947 – Gordon Skene Sound Collection

The question of our Civil Liberties has been a topic of discussion and speculation going on for decades. However, at no other time has it been such an issue as it is now. With laws twisted and perverted, and those interpreting the law ranging from the corrupt to the merely frightened and ineffectual, it would be safe to say the crisis is now.

But it was bad enough in 1947 to cause widespread media discussion. With the on-coming Cold War and with suspicious eyes cast on those deemed “different than us” because they might be Communists, the question of Civil Liberties and their erosion was a matter of concern.

And as history has proven, not much was done at the time and the problem only managed to grow over the subsequent years.

Today we talk about living in the closest thing to a Police State we’ve ever been in. We talk about constant surveillance of every move we make and action we take. The idea that “all are under suspicion until one is proven so” has become an acknowledged way of life.

So maybe the fears we had in 1947 didn’t amount to much. But the fears were real and there was discussion.

This episode of the weekly Radio discussion program America United, focused on that subject and brought in a wide range of spokespersons to tackle it. Ms. Leslie Perry of the legislative staff of the NAACP, Palmer Weber, research director of the CIO-Political Action Committee, Fred Bailey of The National Grange, and Frank Donner of the Legal Staff of Congress Of Industrial Relations. It was originally broadcast on December 7, 1947.

An interesting discussion over things they would be horrified to discover today.