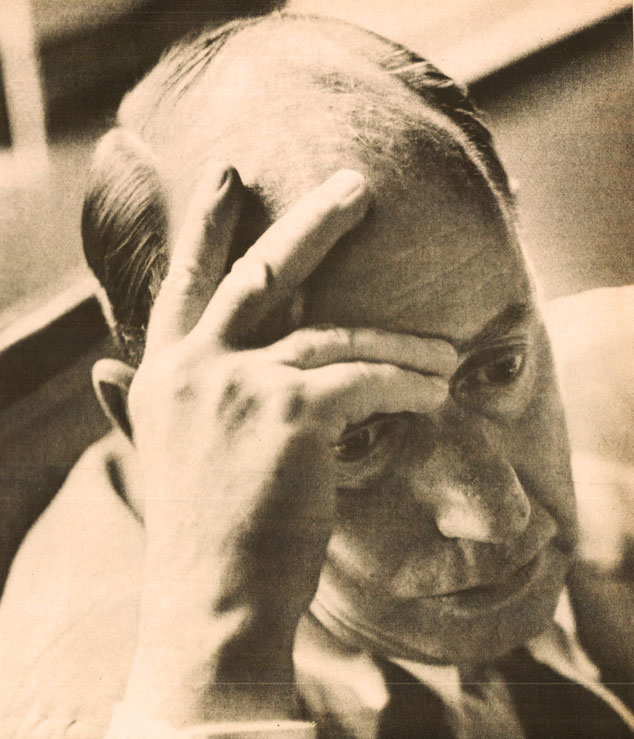 Remembering the tireless and eloquent Statesman.

Remembering the tireless and eloquent Statesman.

While news for this July 19th in 1965 continued concnerning the on-going War in Vietnam, with fighting from the previous day being considered some of the worst since Korea or World War 2, it was also news of the  burial of former Presidential Candidate, Governor and United Nations Delegate Adlai Stevenson.

Stevenson, whose sudden death from a massive heart attack while in London, sent shock waves throughout the world. A former Governor of Illinois to become Democratic candidate for President twice – in 1952 and 1956 and was considered for a vice-Presidential slot in the 1960 election, he probably made the most lasting impression as UN Delegate from the U.S. in the early 1960s. His famous showdown with the Soviet Union over the Cuban Missile Crisis has gone on to become one of the defining moments in our Cold War history.

But all of that was over and in the past as Adlai Stevenson was finally laid to rest in a private burial in Bloomington Illinois, while a memorial ceremony was to be held simultaneously in the large Assembly Hall at the UN.

Meanwhile on Capitol Hill, The Senate Foreign Relations Committee continued closed-hearings over the U.S. involvement with regards to the revolt in the Dominican Republic.

On the Civil Rights front – 26 year old Black activist Joe Gatlin was being held on charges he fired shots at a car full of White men in Bogalusa, Louisiana. Described as a member of the militant group Deacons of Defense and Justice, Gatlin was booked for attempted murder along with three other suspects.

And that’s just a portion of what went on this july 19th in 1965, as reported by Dallas Townsend on The CBS World News Roundup.