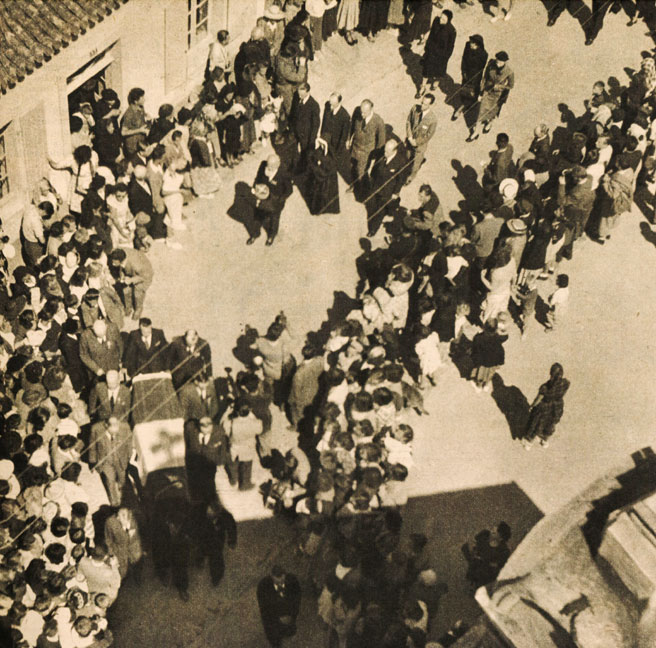 Petain Funeral - agonizing over a War hero's celebrated past and the rotten one.

July 23, 1951 – Death Of Marshal Petain: What To Do With A Disgraced Hero – Cautious Optimism Over Korea Negotiations

Petain Funeral – agonizing over a War hero’s celebrated past and the rotten one.

With news for this July 23rd in 1951 focused on President Truman‘s upbeat assessment of the country mid-way through 1951 and cautious reports on negotiations in Korea toward an armistice, news regarding the rest of the world brought a faint remembrance of things from the not-too-distant past and a reminder the Cold War was still alive and well and rattling nerves.

News of the death of France’s War Hero-turned-villain Marshal Philippe Petain brought a streak of anxiety over how to handle to burial. Regarded by many as the Hero of Verdun during World War 1, he went from revered national Hero to despised traitor for his actions in collaborating with the German occupation of France during World War 2. Despite his wishes to be buried with his World War 1 comrades in Paris, the government insisted he be buried in the village he was exiled to when his conviction of death was reduced to life-in-exile on Ile d’Yeu, a remote island off the French Atlantic coast. He was granted his wish to be buried in his military uniform but his gravestone was to be inscribed with only his name and the title “no profession”.

News of another burial, this one in Jordan for King Abdullah who was assassinated some days earlier. At last count, some 500 were rounded up for questioning.

Meanwhile, the Czech government refused to grant a U.S. request to release jailed AP Correspondent William Otis, who was held on charges of espionage. The incident, and the Czech government’s refusal to allow a visit to Otis by a U.S. official prompted several in Congress to call for a diplomatic and economic break with Czechoslovakia until the matter was resolved within 90 days. In Iran, a cabinet member in Tehran indicated a desire to resume talks with Britain over the oil dispute with a proposed formula to get the talks moving again.

On the homefront – flood waters were appearing to recede despite new reports of rain falling in the midwest and the assessments that the danger was over. Still, there was the matter of thousands of homeless, massive destruction and the headache of cleanup. But at least the sun was shining in some parts.

And that’s how the world turned, this July 23, 1951 as reported by Don Hollenbeck, substituting for Edward R. Murrow and The News from CBS Radio.