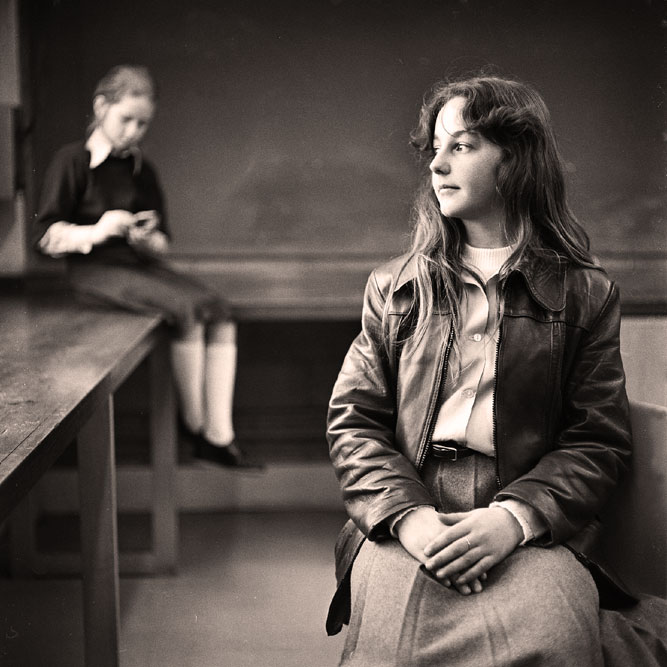 That timeless struggle over perceptions, pressures and a strange self-image.

To Be Young, Gifted And Convinced . . .-1972 – Past Daily Pop Chronicles/Reference Room

That timeless struggle over perceptions, pressures and a strange self-image.

For all that we complain about our society today becoming the glorification of the grotesque, how our perceptions of beauty have become so twisted and mangled out of proportion that some women have been known to surgically alter themselves in order to resemble an exact replica of Barbie, we’re convinced this is a recent phenomenon.

Sadly, no. Evidence has found this new-mangled perception of beauty goes back to roughly Ancient Greek times, if not before. It’s been around forever.

But thanks to mainstream media and all its manifestations, it’s taken on epidemic proportions now. But that thing of terrible self-image almost seems to be a rite of passage – not made any easier by pressure from hucksters and sycophants to capitalize on it – often with dire consequences.

Who decided that Dachau-chic was preferable to honest curves? Who decided lips the size of pillows were deemed sexy?

Trends start – it’s hard to say where, but they start. And the ones most affected by them are the ones who are convinced they are ugly and deformed.

But even in 1972 the issue of self-image was epidemic and among the worst affected were teenage girls.

Then as now there is always a consumerist answer. The Plastic Surgery industry runs in the billions of dollars. The Cosmetics Industry runs in the billions of dollars. Entire countries could be supported easily on the profits made from Fashion and accessories alone. All in the name of combating a self-inflicted, self-perceived bad image. There is massive profit to made by playing on the insecurities of a persons image – and it is played masterfully.

In 1972 the CBC in Toronto began a series of Radio documentaries about our society. This episode entitled Ugly Teenage Girls asks a number of young women how they feel about themselves and why.

To consider this documentary ran some 40 years ago is quite possibly disturbing. That situations haven’t changed, and in fact have gotten worse, only points out what a deeply troubled society we are. That we are still guided by the dictates of a bizarre self-image only points out that an honest appraisal of us as human beings is a long ways off.

If we will ever get there is the question.

But for now, this is what we were going through in 1972. Maybe you or someone you know were one of the girls they were talking about. Maybe you were one of those teenaged girls in 1972 and are the mother of a teenage girl now. Maybe the full-circle and the history will make it a bit easier to understand.