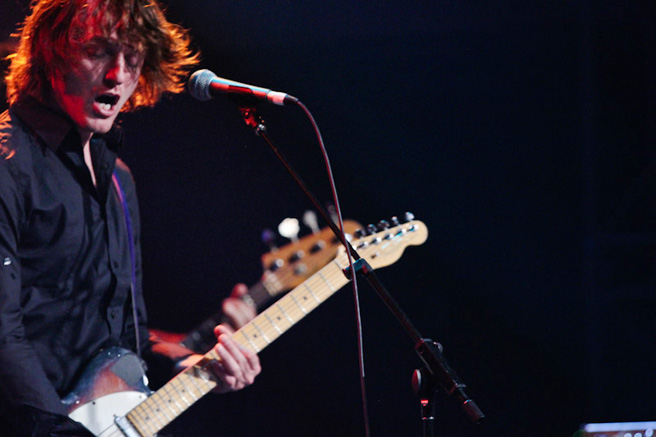 Galaxie - our neighbors up north continue to surprise us. (Photo: Connie Tsang)

Galaxie – our neighbors up north continue to surprise us. (Photo: Connie Tsang)

As promised earlier, I’ve been digging around the CBC vaults for more examples of what’s going on in Canada these days. I ran across this concert appearance by Galaxie, who are not newcomers, but who have undergone several changes since their inception in 2002. Considered one of the leading Francophone Indie/Garage Rock bands (not to be confused with the American Galaxie 500, even though the Canadian Galaxie were originally Galaxie 500 . . .but to avoid confusion . . .), Galaxie, who are based in Montreal, have three albums out and the occasion of this performance was their shortlist nomination for the 2011 Polaris Music Prize – which also hosted Braids, who I ran a couple weeks ago from the came concert.

They sing in French, which may explain why they haven’t gotten wide acceptance down here, but they are worth investigating and putting on your radar to see where they turn up next.

A rather short appearance, but a turbo-charged one. Perfect to get you ready for Hump-Day tomorrow.