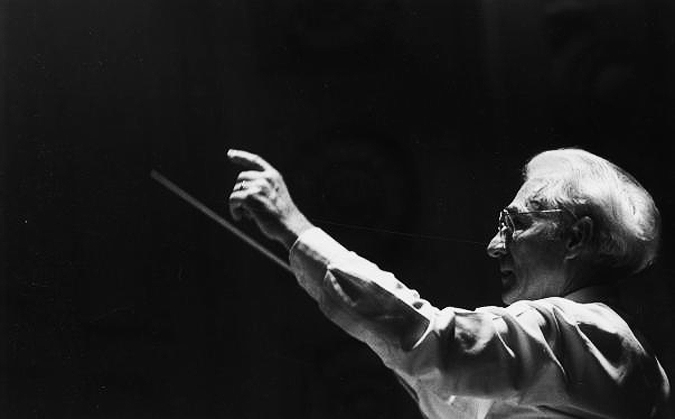 The heyday continues - This week it's David Oistrakh. (Photo: INA)

The heyday continues. This week with David Oistrakh. (Photo: INA)

Continuing the Classic Concerts via Radio France Musique this week with another one featuring the ORTF Orchestra conducted by the legendary Jean Martinon. Soloist this time is the equally legendary Russian Violinist David Oistrakh in an all Russian program, originally broadcast in 1971.

Here’s what’s on the player this week:

Oistrakh collaborated with major orchestras and musicians from many parts of the world and was the dedicatee of numerous violin works, including both of Dmitri Shostakovich’s violin concerti and the violin concerto by Aram Khachaturian. He is considered one of the preeminent violinists of the 20th century.

Oistrakh received many awards and distinctions. Within the Soviet Union, David Oistrakh was awarded the Stalin Prize in 1943, the title of People’s Artist of the USSR in 1953, and the Lenin Prize in 1960. He also won the 1935 Soviet Union Competition. Several reputable works from the standard violin repertoire are dedicated to Oistrakh, including a concerto by Khachaturian, two concerti by Shostakovich, and several other pieces.

Oistrakh’s fame and success were not limited to the Soviet Union: he placed second at the Henryk Wieniawski Violin Competition in Warsaw, after 16-year-old prodigy Ginette Neveu, and further improved upon that by winning the grand prize in the Queen Elisabeth Competition in Brussels.

Additionally, the asteroid 42516 Oistrach is named in honour of him and his son, the violinist Igor Oistrakh.

Jean Martinon’s repertoire focused on the works of the early 20th century French and Russian masters. He became best known for his idiomatic performances of the French repertoire. In the words of one of his biographers, conductor Jean Martinon’s performances “were distinguished by a concern for translucent orchestral textures, and sustained by a subtle sense of rhythm and phrasing.” Occasionally, “he stressed a poetic inflection at the expense of literal accuracy.” He was a National Patron of Delta Omicron, an international professional music fraternity.

As I said last week, this is a truly remarkable series France Musique has put together. Other memorable conductors in the series include Sergiu Celibidache, Kurt Masur and Leonard Bernstein. I don’t know if there plans for earlier concerts with Andrè Cluytens, but . . . it would be nice.

In any event – a great concert and another one gratefully preserved.