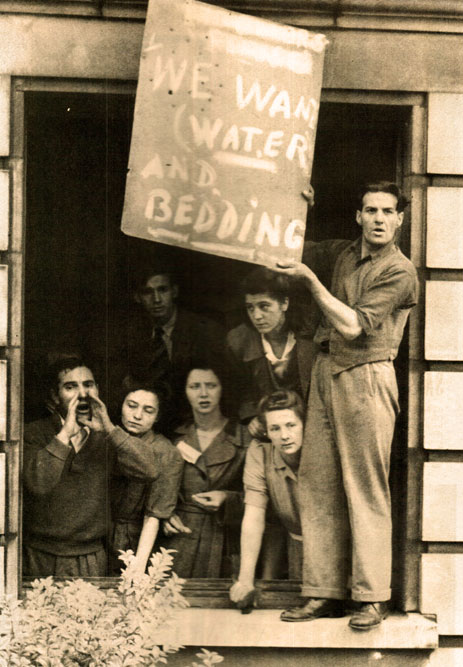 Most people just wanted to get on with their lives.

Most people just wanted to get on with their lives.

A world in a state of upheaval and change, this week ending on this day in 1949. President Truman spoke those words in reaction to the weariness the world was feeling, a mere four years after the end of World War 2. Recovery was far from over, the scars were only beginning to heal.

During this week in July 1949 the Parliament in Britain was in heated debate over what to do about Germany and its reconstruction and Prime Minister Winston Churchill was once again the hot seat. The Cold War was a prominent topic of conversation just about everywhere. President Truman spoke of the growing dissatisfaction over the Soviet Union’s influence in Eastern Europe, saying the trend towards aligning with Moscow was in retreat because those countries were not interested in going from one totalitarian regime to another.

And even so, the NATO Pact was alive and well and gathering signatories. Italy, amid threats from Moscow, was anticipated to become part of the alliance – so the battle lines were being drawn, despite protests to the contrary.

And the austerity measures, so tightly in the grip for most of Europe were somehow being ignored, at least for a little while on Monaco in the gambling casinos of Monte Carlo, where Craps (or Les Craps) were being introduced for the first time. The need for distractions from the miserable day-to-day were alive and well, if you could afford it.

And there was also the question of Race and Communism. Hot on the heels of a recent remark made by Paul Robeson that the majority of African-Americans would not fight a war against the Russians drew, not only criticism but wild-eyed paranoia from some on Capitol Hill. So much so, that Baseball great (soon-to-be-legend) Jackie Robinson was called on to testify before a Subcommittee hearing over whether or not those sentiments were true and universally felt in the Black Community.

And the need for distraction from the day-to-day affected the average American too. It was also reported that one of the most popular attractions at local movie theaters was the reissuing of old Slapstick Comedies from the 1920s. Seems there was a strong desire to laugh and forget.

Today we call it Reality TV, but in 1949 we called it Laurel And Hardy.

Some times, they do change. It’s the sentiments and the issues that rarely do. Fear sadly, never does.

And that’s just a portion of what went on this week, via NBC Radio’s Voices And Events for July 24, 1949.