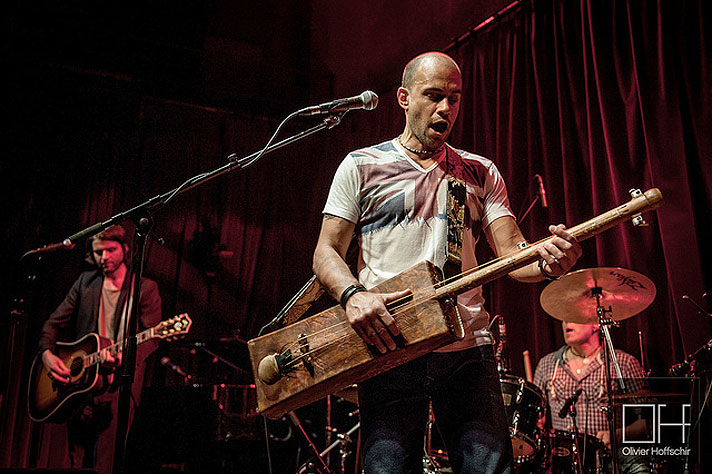 I am feeling this guy showing up at next years New Orleans Jazzfest - just a hunch.

Idriss El Mehdi – In Session At Musiques du Monde – Nights At The Roundtable: Rock Without Borders

I am feeling this guy showing up at next years New Orleans Jazzfest – just a hunch.

Further evidence new music is happening everywhere, and clearly it always has. Tonight it’s coming from Casablanca via Paris in the form of Idriss El Mehdi who did a session for the RFI program Musique du Monde just a few days ago. Studying as a Pianist and rooted in Jazz, El Mehdi got interested in American blues and French Pop, along with his strong link to music of his native Morocco and switched to the Guembri. The results are a all put together in his first album Wild Bird, which came out in April of this year.

I imagine he’s just getting started and will no doubt be touring throughout Europe for the rest of the year.

No word if he’s scheduled to come to the States. It’s still early.

But for now, here are two tracks recorded live at Musique de Monde. Check them out and check out his site while you’re at it.