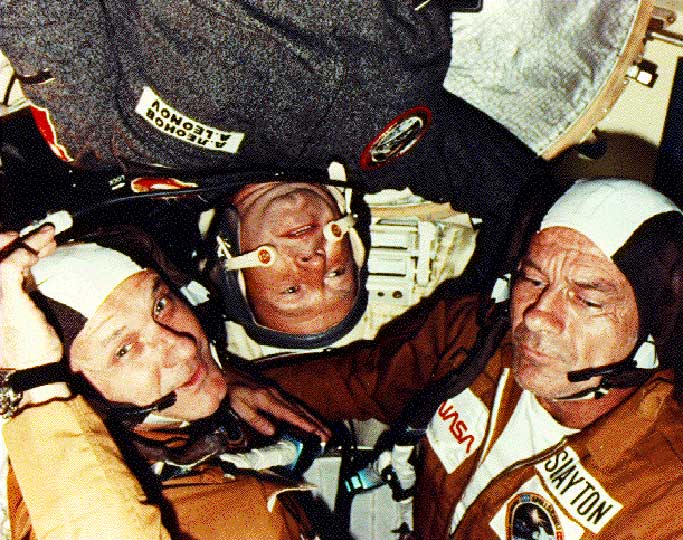 The good news for this week ending on July 26th in 1975 had more to do with what was going on a few thousand miles outside of Earth, rather than on it.

The milestone Apollo-Soyuz Linkup in Space got everybody’s attention that week. The one time in decades the U.S. and the Soviet Union actually worked together and had a good time. Despite reports of malfunctions in the Soyuz capsule that created a smoke-filled atmosphere the Cosmonauts were almost asphyxiated from, the linkup was a huge success and images of Cold War adversaries were as distant as the capsules were in space.

The much-anticipated Helsinki Summit Conference was about to get underway, with Soviet Chairman Leonid Brezhnev and President Ford scheduled to meet up in the coming days. No one was expecting an air of warm and giddy coming out of Finland as there had in space . . . that would have been too much to ask for.

The situation with Turkey was growing unpleasant, as Capitol Hill voted to withhold aid to Ankara and refused to lift the arms embargo. The Turkish Parliament, in retaliation, voted to take command of all but one U.S. base in Turkey. The move worried the Pentagon as it would limit the ability of the U.S. to monitor Soviet activity in the region. Once again, Foreign Policy hits a speed-bump.

A reprieve of sorts for the UN Peacekeeping mission in the Sinai as Egypt agreed to a three-month extension of the mission, but held out the prospect of force if the Israelis did not agree to new and acceptable concessions were not made by October 24th. Hopeful was not a word used very much in Tel-Aviv that week, as the Israeli Army was placed on alert. The War of Words continued.

And grumblings of Civil War were being heard in the newly independent African nation of Angola as rival faction armies, The Popular Movement and The National Front grouped, re-grouped; captured and re-captured towns. The latest reports had The National Front army was within shouting distance of Luanda, the Capitol of Angola, but Popular Movement forces were well armed and were anticipated to put up a bitter defense. The British and American Consulates promptly closed and sent their officials back to London to sit this dance out.

And shakeups were the only property of the Africans this week – in Lisbon Portugal, the military leadership announced the formation of a new leadership triumvirate consisting of the Prime Minister, the President and the Head of the Internal Security Force. How it was going to work and what the outcome of possible free elections wasn’t known at the time.

Expectations were rising for more grain sales to The Soviet Union. The U.S. had already committed to 10 million tons, a little over half of what was sold in 1972. But it was enough to raise a few hackles by at least one labor leader who warned Longshoremen wouldn’t load grain shipments to Russia if it meant increased prices in grain in the U.S.