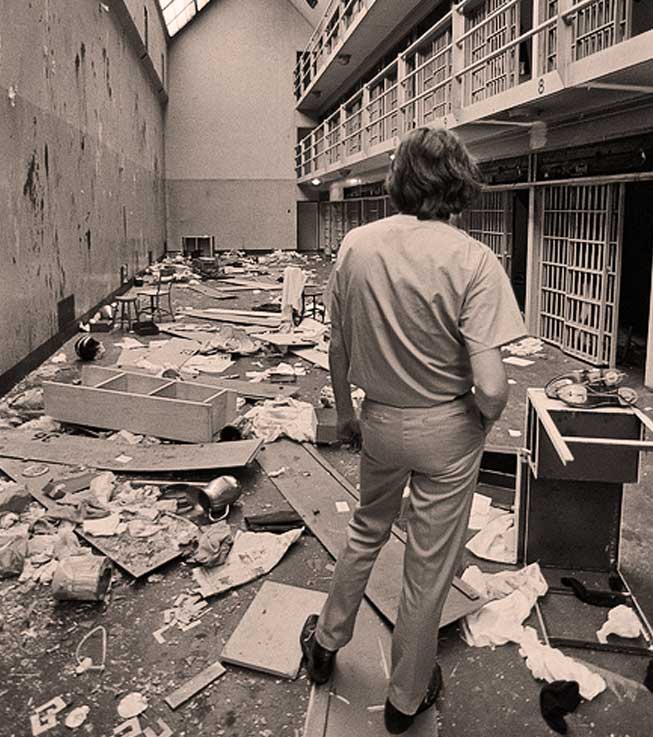 Winning friends and influencing hostages . . . not.

Winning friends and influencing hostages . . . not.

Even though July 29th came on a Sunday in 1979, there was still enough going on to not call it a slow news day.

For one thing, the prison riot/hostage/stand-off situation at Walpole was continuing, with concerns that one of the four hostages taken was in fact the Warden. The nine inmates, armed with handmade knives were holding the hostages in lieu of negotiations for better conditions in the prison. And the drama marched on.

Elsewhere in the news, the Middle East was continuing in the seemingly endless march towards some sort of settlement with word that Carter-appointed Special envoy Robert Strauss expressed hope the U.S. would be able to bring moderate Palestinians into the peace-talks. Meanwhile, Israeli Defense Minister Moshe Dayan was scheduled to arrive in Washington to discuss the situation in the Sinai and the replacement of UN Peacekeeping troops in the region. Meanwhile, the Egyptian Defense Minister Kamal Hassan Ali, in Israel for talks, decided to go on a sight-seeing tour of  Tel-Aviv. Bedlam lived up to its name.

Back home – a forest fire raging in Southern California had finally been contained, but not before burning some 2,000 acres of timberland in the San Bernardino area.

And that’s just a little of what went on, this July 29, 1979 as reported by Deborah Potter on the CBS Radio Hourly News.