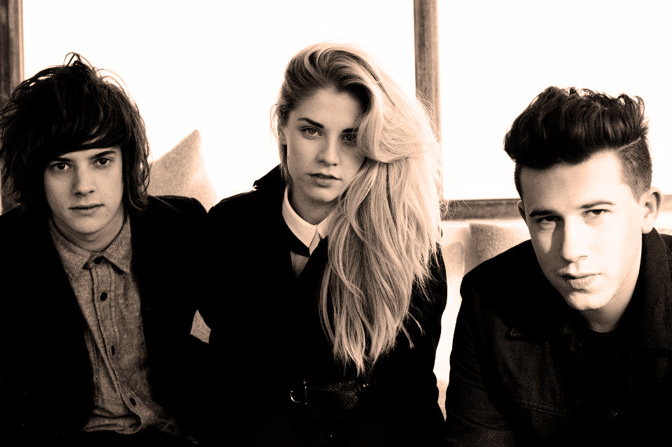 Further evidence 2013 is a good year for new music.

Further evidence 2013 is a good year for new music.

It would probably not be honest for me to say London Grammar is an overnight sensation. I don’t think any band at any time can make that claim. London Grammar have been together, working at it, since 2009 and it’s been earlier this year that things started happening.

Their debut ep Metal & Dust came out in February of this year and immediately attracted attention. Their first single Hey Now gathered over 700,000 hits on You Tube since it was first posted in December of 2012.

Much of that immediate response can be had by the sheer hypnotic quality of Hannah Reid’s voice. Together with bandmates Dot Major and Dan Rothman, the trio effortlessly weave a luxuriant mixture of ambient, ethereal and experimental. The acknowledged general affect has been jaw-dropping (according to some reactions posted on various sites).

Right now they are in the process of touring scheduled to, among other places, play at the Ibiza Rocks Festival next week and a whole slate of UK dates well into November. Their debut album If You Wait is scheduled for release on September 9th, so . . . . .

Tonight, by way of introduction if you aren’t familiar, and an opportunity to hear them live if you already are, is a session done in March of this year for BBC Radio 1’s Rob da Bank at the legendary Maida Vale Studios.

There are a lot of predictions currently circulating about London Grammar’s impending success. I would have to agree with them.

They are another band-to-watch. Another band to friend on Facebook.