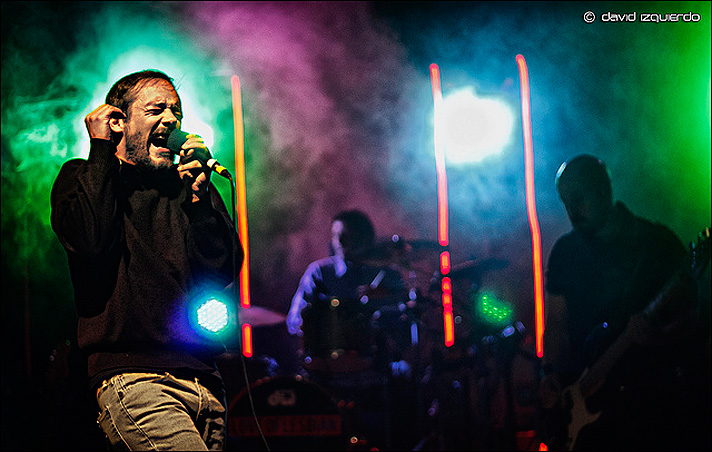 Los Enemigos - Indie from Spain who've been doing it well over 20 years.

Los Enemigos – In Concert At Low Cost Festival 2013 – Nights At The Roundtable: Rock Without Borders Edition

Los Enemigos – Indie from Spain who’ve been doing it well over 20 years.

This year it seems that, no sooner does one festival finish than another one starts up within days.

Last week it was the Low Cost Festival in Benidorm Spain, in their fifth year of attracting sizable crowds to the beach resort.

Three days featuring a wide cross-section of bands from all over. Headliners included Portishead, Toy, Two Door Cinema Club and the festival closer, Love Of Lesbian who offered a nearly two hour set and a wildly enthusiastic audience for their trouble.

So tonight I thought I would run one of the Spanish home-grown bands who played at the festival on opening day.

Los Enemigos have been around for a little over 20 years. One of the staples in the Spanish diet of Indie and Alternative Rock, Los Enemigos has a large and loyal following in Spain. I don’t think they’ve played the States, but I think they’ve done a few tours to Mexico and South America.

While I dig through the three-days of recordings and look for some more to post over the next few days, here is a taste of Los Enemigos to expand your horizons and brush up on your Spanish tonight.