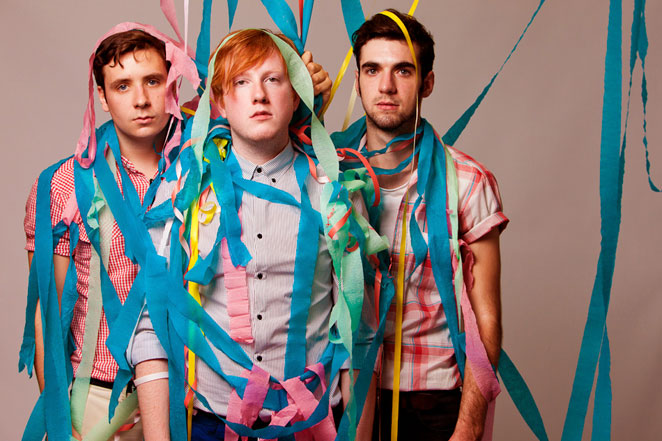 Continuing Festival Season with another stop-off at the Low Cost Festival in Benidorm Spain with a performance from the opening day by Two Door Cinema Club. Only their fifth year as a Festival, Low Cost has become another in that seemingly endless of festivals attracting a big audience. This  years festival included, in addition to Two Door Cinema Club, Portishead, Toy, Belle and Sebastian and Crystal Castles, also included some notable Spanish bands, Love of Lesbian, Los Enimegos, Lori Meyers and a bunch of others.

At some point, some  enterprising travel agency is going to have to start booking what could be known as Mosh-Pit Tours – a tour through Europe during Festival Season, hitting as many as possible. It would be exhausting, but a lot of fun.

While we’re all waiting for that to happen, we’ll have to settle for the next best thing – the venerable Radio Nacional España Radio 3, and their albeit chatty announcers (which listeners and readers have been complaining about, but apparently curbs a goodly amount of bootlegging) and a casual substitute for the real thing, although I understand Benidorm is a beach community which would make it high on the list of festivals to check out in person next year.

But for now – enjoy.