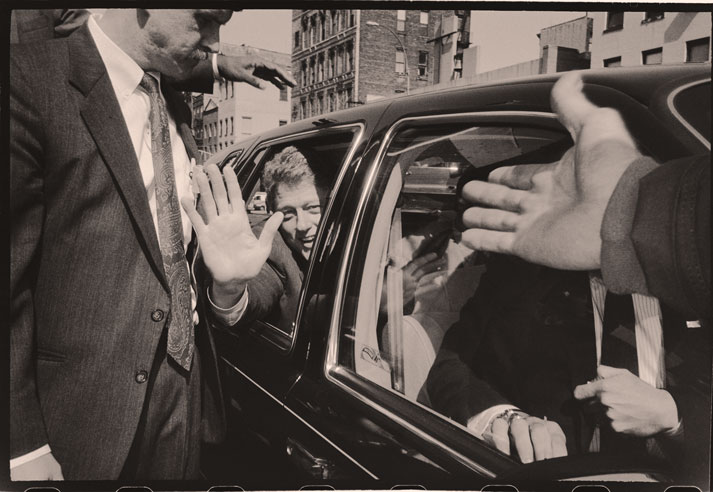 Never one to shy away from a good arm-twist.

Never one to shy away from a good arm-twist.

Twenty years ago to the day, it was about arm-twisting and squeaker votes on Capitol Hill, scandals at the IRS, the Middle-East and Bosnia.

Starting off with what was anticipated to be a Squeaker-Vote over the Clinton Budget Bill, with margins estimated at 6 votes, President Clinton had fingers crossed the Senate, and eventually the House would pass his 1800 page Compromise Deficit Reduction measure. Arizona Senator Dennis Deconcini summed it up this way:

Deconcini: “I think the Republicans have demonstrated that they do not care about deficit reduction. What they’re interested in is a crash, for this country to have a fiscal crisis, thinking they will pick up the pieces”.

Deconcini went from a No vote to a Yes vote, thus shifting the margin of victory over to the Clinton side. But it sill meant a lot more arm-twisting from The White House.

And word came out the IRS was in something of a shambles (feign surprise), with such bad bookkeeping as to cause one Senator to quip “if private executives kept accounts the way the Government does, they’d be in jail”.

The peace talks on Bosnia continued, with the Serbs promising to lift the siege of Sarajevo in order to lift obstacles to a peace agreement with the Muslim-led government. In addition, Serb forces agreed to move off of the two mountains they have taken by force in the previous week as well as opening two roads leading into Sarajevo will be opened, allowing food and supplies to reach the people living in the embattled area.

Secretary of State Christopher dabbled in some shuttle diplomacy with an unexpected visit to Syria and talks with President Assad signaled a start of a more active role of the U.S. in the Middle-East Peace process.

Big changes in the government in Japan with the end of a four-decade run by the Liberal Democratic Party by a coalition of Reform parties and much grumbling over who would take over as what.  The outgoing party refused to make things easy.

All that, and a bunch going on, this day in August 20 years ago as presented by The CBS World News Roundup for August 5, 1993.