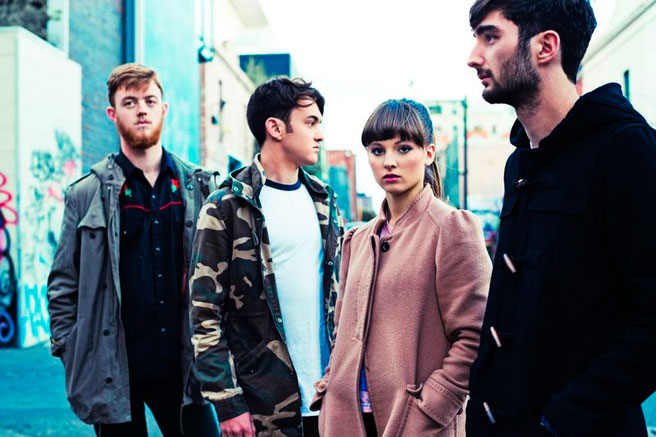 San Cisco - part of that current flood of bands coming from Down Under.

San Cisco – part of that current flood of bands coming from Down Under.

Over to Melbourne tonight for a concert by San Cisco, a four-piece Indie-pop-Power-Pop band from Freemantle, Australia.

Together since 2009, they’ve been primarily doing local gigs. In 2011 they were signed to the prestigious Albert Productions, and then switched to the U.S. label Fat Possum for the release of their first album in November 2012. They’re latest single Awkward from the album is charting in the States. So . . . .

They are currently touring the U.S. in August with a gig in Los Angeles on the 13th (at Echoplex). They are scheduled to begin a UK tour in October when they finish up their 18 city North American tour.

Tonight’s post is a concert they performed in May of this year, recorded live at the Corner Hotel in Melbourne and broadcast just last week by Triple J, the wildly adventuresome radio outlet in Australia who had already proclaimed them as number seven in the Hottest 100 for 2011.

Lots of interesting bands coming out from Down Under of late. With bands like Tame Impala and Pond blazing the trail for Indie/Psych, San Cisco covers the Indie Pop bases and have gotten a huge following locally.

By the looks and sounds of it, their popularity appears to be spreading.

Give them a listen, check them out and fall by one of their concerts if they’re in your neck of the woods. I’m sure they’d do the same for you.