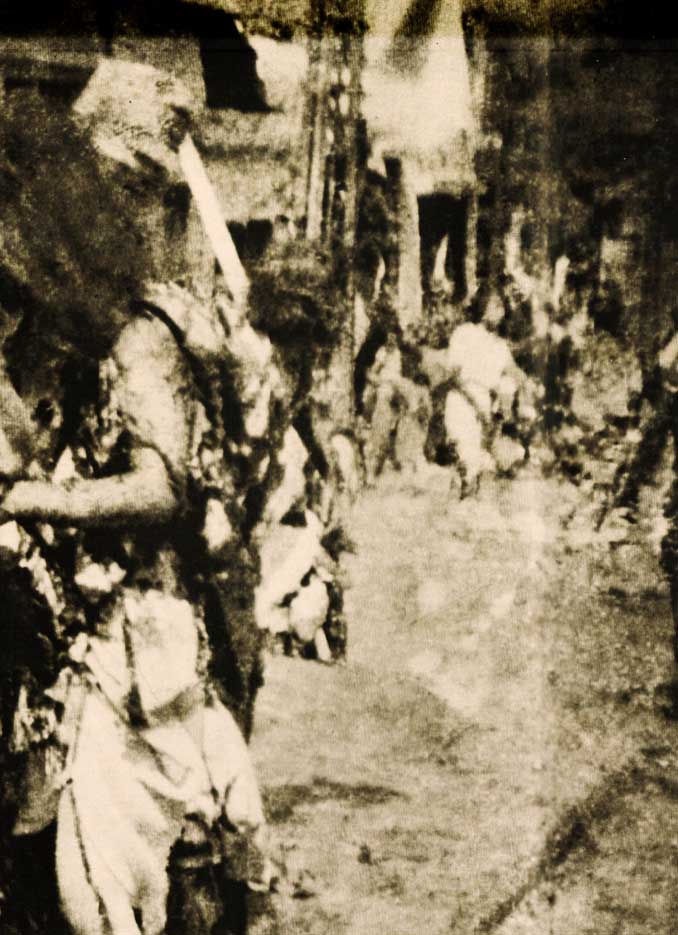 Ten minutes after the blast, chaos looked like this.

Ten minutes after the blast, chaos looked like this.

News on this August 7th in 1945 was about the event that had taken place less than 24 hours earlier in the Japanese city of Hiroshima. The Atomic Bomb, dropped by a lone B-29 turned the city into a boiling mass of dust and smoke, reducing the entire city to ash and killing an estimated 90,000-160,00 people, roughly half within the first few minutes after the blast. By August 7th, news of the bombing was finally acknowledged by Tokyo who reported that “practically all living things, human and animal were literally seared to death”  by the blast.

News of the bombing caused shock waves all over the world. The full extent of the damage and force of the explosion weren’t really understood at first, but when reports began filtering in that some 30% of the population of Hiroshima were killed within the first few minutes, and that 90% of the doctors and 93% of the nurses who were primarily working in the downtown are of Hiroshima, the center of the blast, had been killed within seconds of detonation and the military base, some 900 yards from the center of the blast had been vaporized, the true horror of what had just been unleashed started to seep in.

So other war news seemed trifling in comparison, even though fighting in the Pacific was still going on. Nothing else seemed to matter in lieu of this new and frightening age now dawning.

And that’s how it happened on this August 7th 1945 as reported by The CBS World News Roundup.