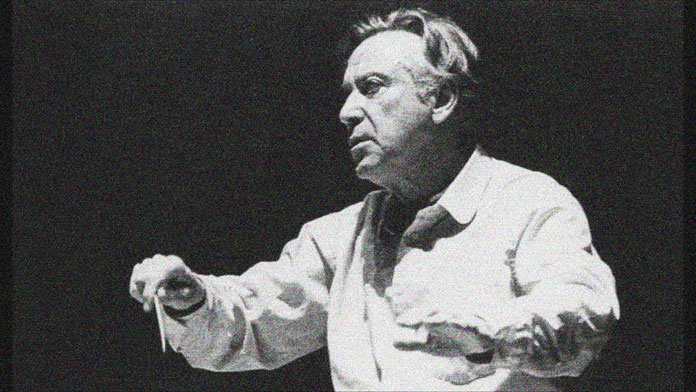 Continuing Historic Concerts this week with a performance by The Los Angeles Philharmonic, at The Hollywood Bowl featuring legendary guest conductor Kiril Kondrashin and Israeli pianist Ilana Vered in a program (just two works) of music by Brahms and Berlioz.

The concert was recorded on July 12, 1979 and was broadcast over NPR.

Sadly, Kondrashin didn’t conduct all that often in Los Angeles, but he was certainly one of the favorites among Los Angeles audiences. His death in 1981 came as a great shock to the music world as he was regarded as one of the truly great Russian conductors of the 20th century.

The concert is on two players, which makes it easy if you’re a fan of Brahms and not Berlioz, or the other way around.

Los Angeles Philharmonic, in concert at The Hollywood Bowl

Since the Hollywood Bowl season is still very much racing along, it’s interesting to note that, since it’s almost a given that Bowl audiences are noisy and . . .well . . .distracted, the audience for this particular concert was dead silent.