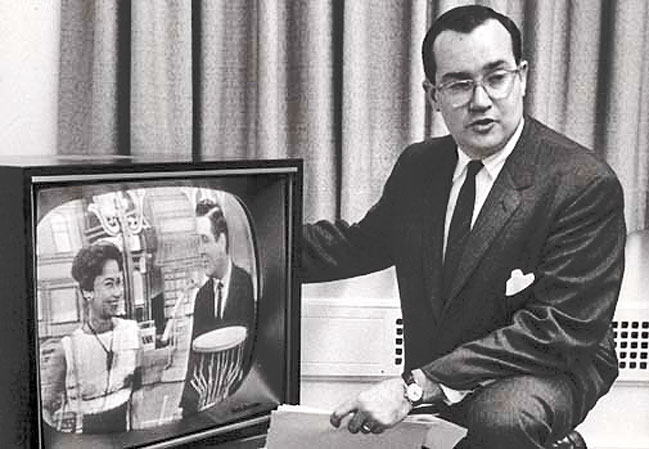 It would only get worse.

It would only get worse.

In 1961 then-FCC Commissioner Newton Minow took the broadcast industry to task for offering what he called “A vast Wasteland” of inane and pointless programming.

The very public damning of the industry for its lack of quality programs brought about several changes, one being the formation of an Educational network, NET which eventually morphed into PBS. And in the later 60s a Public Radio network was established; National Public Radio (NPR).

But in the early 70s, much of the change and revamping of mainstream broadcasting began to slowly deteriorate again, with the Nixon Administration and the new era of  deregulation sweeping the airwaves, with their almost total obliteration in the 1980s.

Today of course, it’s a joke and a hollow shell of its former self. Networks such as A&E which were established to encourage Arts programming are now awash with Reality-Swill and even more mindless programming than Newton Minow at his most vehement could not have imagined.

But in 1974 there still was a modicum of concern about the state of Broadcasting, particularly in the area of minority representation and the hiring of Women in more key roles.

This episode of the NPR program Options, sets out to answer or at least pose some of those questions by running an address by Clay Whitehead, Director of the Office of Telecommunications Policy,  an interview with Charlotte Reid, the only female commissioner of the FCC and ending with an address by former FCC Commissioner Nicholas Johnson.

They were concerned in 1974. The mind fairly reels what they would think now.

Here is that episode of Options from January 1974.