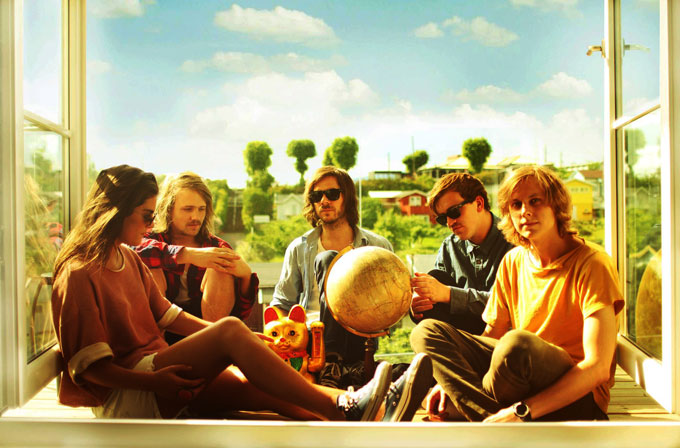 Something Sunny and Strange from Oslo.

Dråpe At Øya Festival 2013 – Norway – Nights At The Roundtable: Rock Without Borders Edition

Something Sunny and Strange from Oslo.

Over to Oslo tonight to the Oya Festival which started on Wednesday of this week going into its 15th year, and features, along with a stream of Norwegian bands, appearances by Alabama Shakes and Blur.

Tonight it’s Drape, one of the up-and-coming homegrown Norwegian bands who have been getting a lot of attention lately and have been seen at some of the other festivals around Europe this year, most notably Primavera Sound in Barcelona this past Spring.

Described as a mixture of Shoegaze and Alternative, they’ve been tagged as one of the bands to watch from Norway since 2011, Drape have been touring a lot lately to promote their debut album Canicular Days.

Here they are on opening day of the Festival, August 7th.