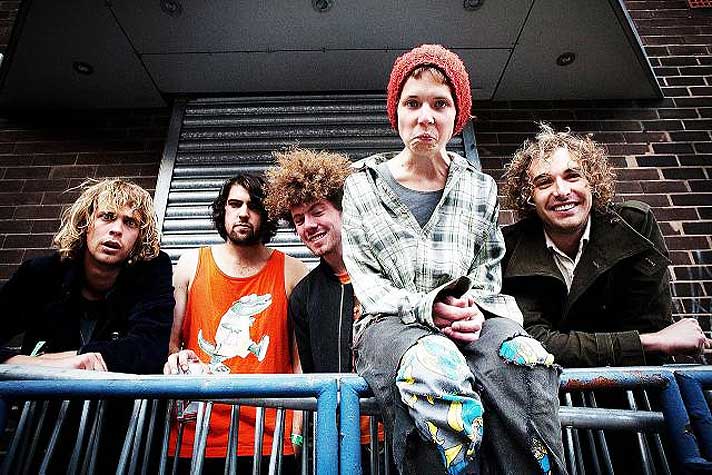 Complete with an obsession of Mangos.

Complete with an obsession of Mangos.

If you’ve been staying on top of the current flood of bands coming over from Australia of late, you’ll notice a number of them have one common denominator; Tame Impala. Pond are no exception. In this case, three members of Pond are also involved in Tame Impala – makes for interesting scheduling conflicts, I’m sure.

With the release of their latest album, Hobo Rocket, which has been universally praised by everyone from the BBC to NPR, Pond are bracing to become another in what is becoming an increasing long line of noteworthy bands springing up from Down Under.

This week it’s an early club date. Ponbd Live at The Amplifier in Perth, from April 23, 2010.  A little rough in places, but certainly free-wheeling and indicative of a band exploring their own sound.

They toured the U.S. last year appearing, among other places, SXSW. What their current schedule is like I haven’t seen anything on, but I’m sure they’ll be around sometime soon.