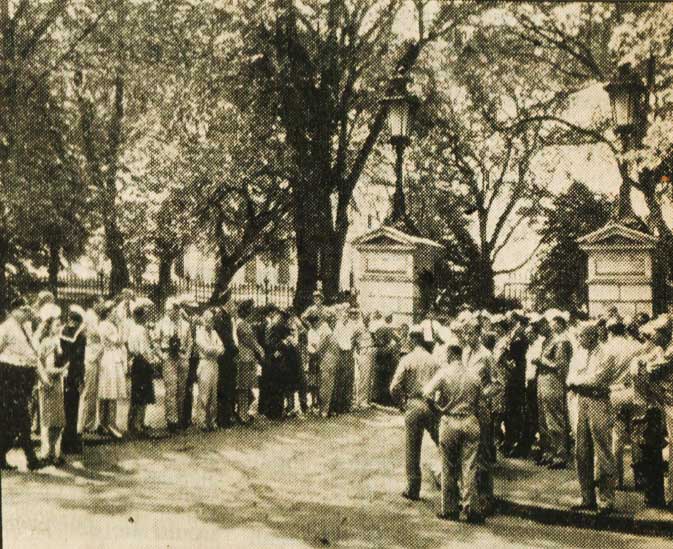 Where every sigh and eye-roll was scrutinized for hidden meanings.

Waiting outside the White House – Where every sigh and eye-roll was scrutinized for hidden meanings.

A day where nerves were fried and attention spans were stuck outside the White House. With just hours away from unconditional surrender, speculation had run rife, along with rumors, false surrender reports, and last minute bulletins on progress of talks aiming at ending hostilities in the Pacific.

Every piece of news was treated with utter urgency, and despite many false alarms the past several days, one of those reports was bound to be right sooner or later.

And Russia got into it at the last minute, driving deep into Manchuria.

But everything was hinged on the Japanese acceptance of the Allies surrender terms and the request from the Japanese government that the Emperor retain his position was flatly turned down by Washington – it was unconditional surrender or no surrender at all.

So while the world waited for word, fighting was still going on. With the Russian army making sweeping gains throughout the formerly occupied China, there was still action in the Pacific to contend with. And casualties were still taking place and ships were still being sunk.

So against the backdrop of imminent announcement, the rest of the world was patiently holding its collective breath.