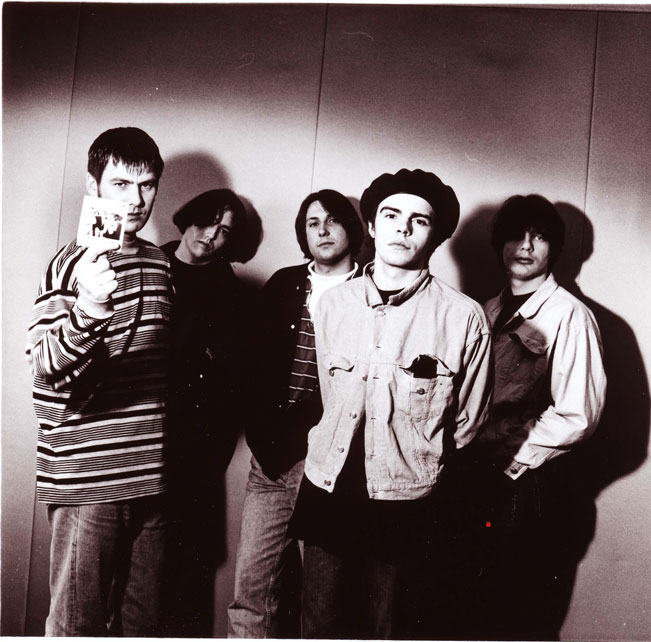 The Charlatans (Jon Brookes in back row) - another member of the family goes.

The Charlatans (Jon Brookes in back row) – no stranger to tragedies, but this one was poignant.

It was ironic that I ran a Tim Burgess concert from Glastonbury this past weekend. Burgess, for those of you who don’t know, is founder and frontman for The Charlatans (UK) – The Charlatans were in the process of putting finishes touches on a new album, their 12th and gearing up for a new tour later on this year to promote it.

But also in the realm of ironies it was learned this morning that Jon Brookes, co-founder and drummer for the band had died earlier this morning at age 44, the end result of a three year battle with a brain tumor.

No stranger to tragedies, having lost Rob Collins, another founding member and keyboard player in the band to a car accident in 1996, The Charlatans have soldiered on.

But this one is especially poignant. Brookes, who had a seizure while on tour with the band in 2010, had been diagnosed with the tumor and had undergone a series of operations, was determined to continue work. He had been working on new material with the band when this last episode occurred.

Brookes was an integral part in the sound of The Charlatans, and his loss has been devastating to the rest of the band as well as fans and followers who have been pouring in tributes and condolences.

So as way of tribute from this side of the Atlantic, to a well loved and respected member of an influential band, here is a concert they performed at The Metro in Chicago during their U.S. tour on February 21, 1991.