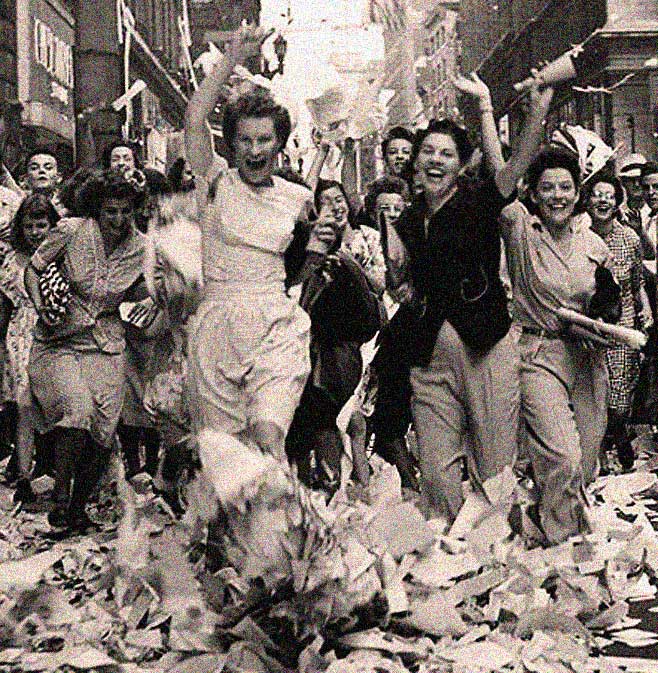 Erupting in an outbreak of giddy.

Erupting in an outbreak of giddy.

After days of waiting, false reports, rumors, fits and starts, Japan finally agreed to the surrender terms and VJ day was announced on August 14, 1945.

World War 2 was over at last. And after all the waiting, the release of pent-up emotions fairly exploded from every city and town across America, spreading to all the allied nations over the rest of the world.

So, in offering a glimpse of what that day sounded like, here is a one hour extract from many hours of broadcasts from August 14, 1945.

Sixty-eight years ago this day, it sounded like this.