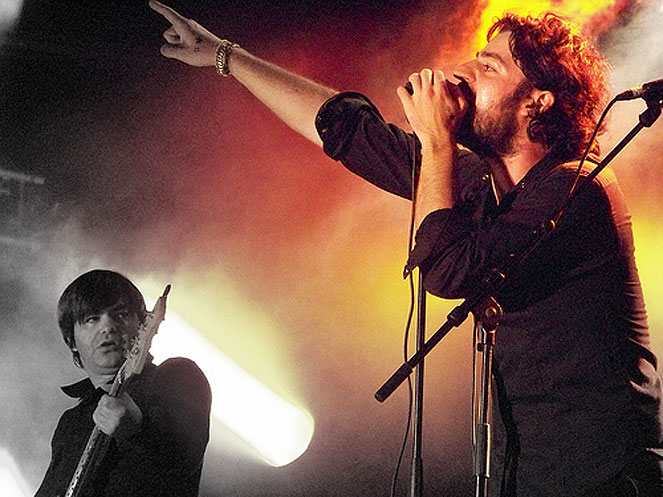 L.A. In Concert At SOS 4.8 Festival 2013 – Nights At The Roundtable: Rock Without Borders/Festival Edition

From this year’s SOS 4.8 Festival in Murcia Spain, a concert by Spanish Indie band L.A., recorded on May 4th of this year.

L.A. is headed up by singer/songwriter/guitarist Luis Albert Segura and this has been a particularly good year for the band. Having toured extensively around Europe this year, they’ve been getting a lot of notice and positive reaction from audiences and the Press.

Segura’s voice is really the trademark for the band and the key to their success. A really good and competent band to begin with, Segura adds that extra added passion to his material that has made him so appealing with audiences of late. And Foo Fighters Dave Grohl is a newly found fan as well – further proof  they have wide appeal.

So Spanish Indie is alive and well and kicking ass all over Europe and L.A. is one of its prime exponents.

If you aren’t familiar with them, here’s your chance. If you try and Google them you’ll have a hell of a hard time – so check them out here.

And thanks for Radio Nacional España’s Radio 3 for broadcasting the concert live, even though they get a little carried away in the Play-by-play. Enjoy anyway.