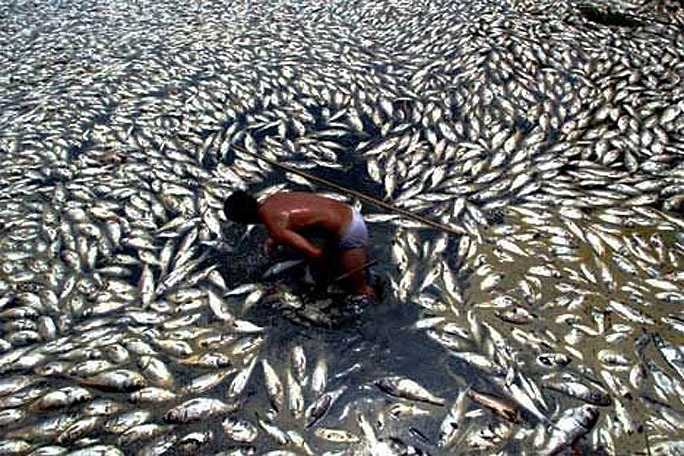 Hard to imagine, but not surprising, the warning signs of our global pollution catastrophe were being sounded as early as 1972 (earlier than that, but the 70s stepped the level of consciousness several percentage points). That we were clearly told of grave consequences if we didn’t mend our ways and stop using the planet for a toxic dumping ground.

But as you can see, here in 2013, not a lot of those warnings were heeded. In fact, starting in the 1970s and going all the way through the 1980s, the safeguards against pollution and the efforts to clean up the environment wound up either in limbo or reversed by the wave of deregulations sweeping the country and the world.

In 1972, CBC, Radio Canada International, started a series of documentaries on the pollution situation in an effort to raise some consciousness on the subject. The documentaries were offered free to radio stations all over the world and featured excerpts the from the recently concluded Stockholm Conference on The Environment sponsored by the UN and featuring an impressive lineup of Educators and Environmentalists of the day.

What I find rather sad about this series is the fact that the danger signals were found and exposed and their solutions were discussed. But very few, if any were implemented.

And today we’re in the midst of hang wringing and finger pointing  – with alarmists on one side and apologists on the other.

And meanwhile, the subject is on life support.

Don’t you just love us, sometimes?

Here’s that CBC Documentary – one segment discussing Chemical Pollution. The song intro and outro is a little dated . . .okay a LOT dated. But still, the sentiment is there.