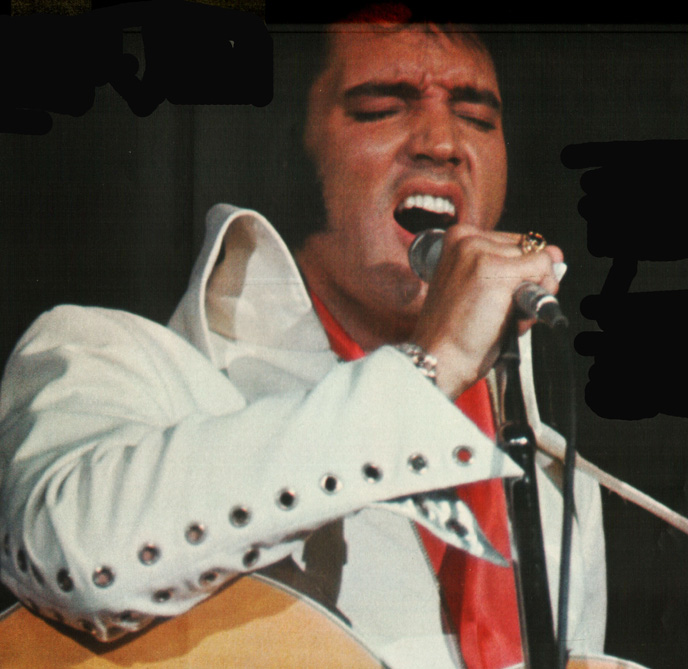 Thirty-six years ago yesterday, a dark day for many Elvis fans.

Thirty-six years ago yesterday, a dark day for many Elvis fans.

As was quietly yet repeatedly mentioned to me yesterday, August 16 marked the 36th anniversary of the death of Elvis Presley, who passed from the scene in 1977. I remember the day well – bars filled to overflowing, grown men weeping, the sound of any given Elvis Presley song became the wall of sound permeating neighborhoods via just about every radio in the country offering tributes. People who imagined or were convinced they were somehow connected to “The King Of Rock n’ Roll” were interviewed and asked their thoughts. To many, it was the day Rock n’ Roll died.

But as we all know, life goes on despite repeated attempts to freeze it at a certain place and time.

So if you weren’t there at the time, not born yet, avoided it, or remember Elvis Presley with a degree of fondness, here is one of the many Las Vegas concerts he performed during his comeback period. Recorded and circulated by the legion of Presley fans from August 3, 1969, here is that concert from the Hilton Las Vegas.