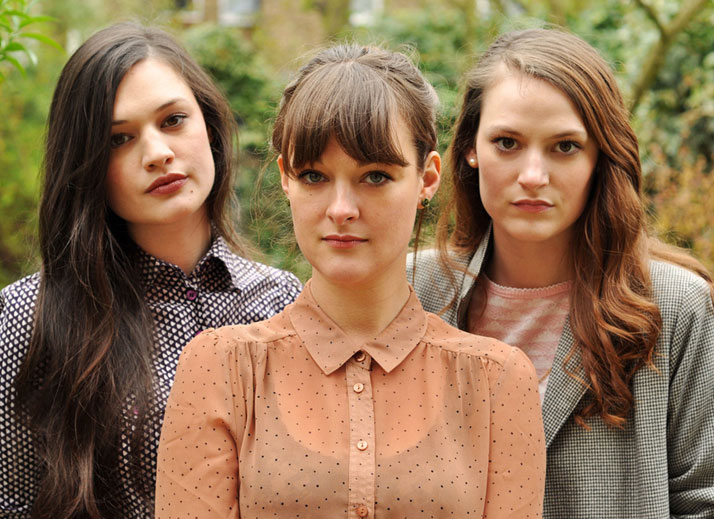 The Staves Live At Lowlands 2013 – Nights At The Roundtable: Festival Edition

Recapping some of the events from Lowlands 2013 this past weekend. One of the opening acts from the first day, The Staves, were an early-on hit. The sisters Staveley-Taylor played material from their debut album, Dead & Born & Grown with a few new songs and won many new converts with their captivating harmonies and ethereal songs. The band are on a pretty busy tour schedule this summer, heading back over to the UK to tour until two dates in September have them sprinting over to Germany, before coming back to the UK and picking up where they left off until November.

They’ve been signed to a major label (Atlantic) which may mean an extra push here and there, but they’ve gotten a pretty good following so far, and judging from the response at Lowlands, they’re being welcome with open arms all over the place. No dates in the U.S. that I can see. So I guess we’ll have to wait until next year for our chance to see them.

And as always – in the meantime, check them out and give a listen to what everyone in Europe is enjoying at the moment. And a big thanks to all the folks at VPRO for keeping the mikes open and recording all these great moments.