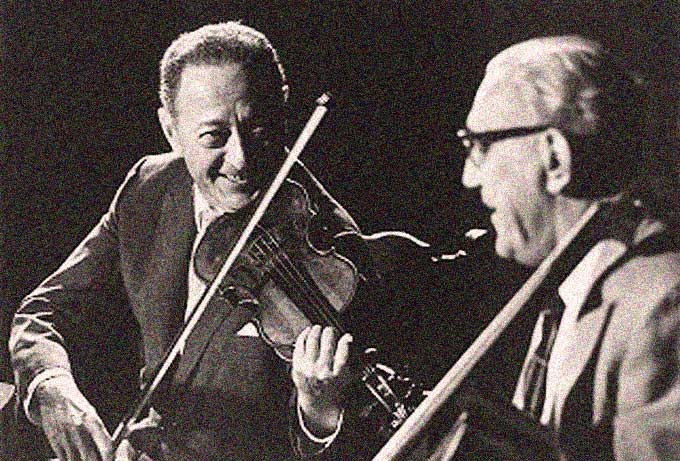 and the backup band, The New York Philharmonic, were no slouches either.

. . . and the backup band, The New York Philharmonic, were no slouches either.

Another extreme rarity this week. One of the rare visits by The New York Philharmonic to The Hollywood Bowl. This one, featuring Music Director Leonard Bernstein and legendary soloists Jascha Heifetz, violin and Gregor Piatigorsky, cello. The concert was recorded and never broadcast, on September 1, 1963.

This was an all-Brahms concert. It opens with the Academic Festival Overture, followed by the Symphony Number 4. After intermission they are joined by Jascha Heifetz and Gregor Piatigorsky for the Double Concerto.

Since it’s still festival season, and this concert comes almost fifty years to the day (week after next), I  couldn’t think of a better excuse than to run it. Besides, it’s doubtful this has ever been heard since it was recorded. So that makes it special all around.

It’s on two players – the top player features the Academic Festival Overture and the 4th Symphony. The bottom player features the Double Concerto. The audience applauds in almost all the wrong places and there is the odd airplane flying overhead.  Ah . . .the outdoors in L.A.