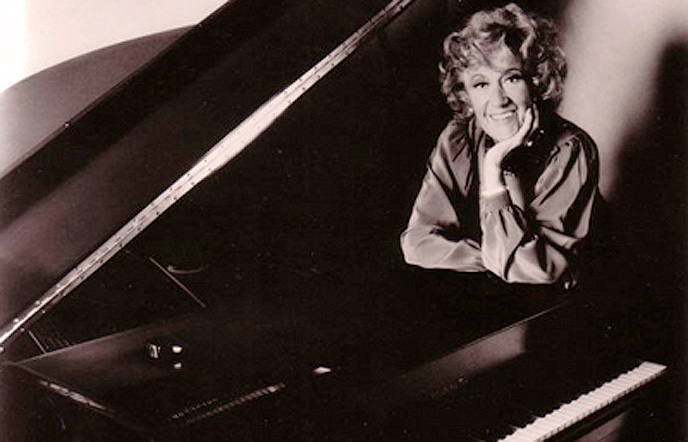 One of the universally loved and admired musicians.

One of the universally loved and admired musicians.

Within days of losing one legendary figure in Jazz piano (Cedar Walton), now comes word of the passing of Marian McPartland. Both pianists enjoyed a long and successful career. McPartland is probably best known to newer Jazz converts by way of her NPR radio series, in which she featured guest appearances by everyone from Alec Wilder to Sarah Jones in a relaxed atmosphere and did it every week for over 30 years.

She had a tremendous following, even by people who weren’t necessarily Jazz enthusiasts, and her appeal was universal.

So tonight, as tribute to a remarkable and well-loved musician, here is a concert featuring McPartland, along with Bill Crow on bass and Joe Morello on drums at a concert given at St. Anselm College in New Hampshire, recorded in November of 1956.

This was a private recording made by St. Anselm College and hasn’t been available in any commercial form. I initially ran it two years ago via my old Newstalgia site. So if it sounds familiar, that’s where you heard it, otherwise it’s never been released anywhere.

A remarkable and highly influential musician and a tremendous loss to the Music World in general and the Jazz world in particular.

Another one there is no replacement for.