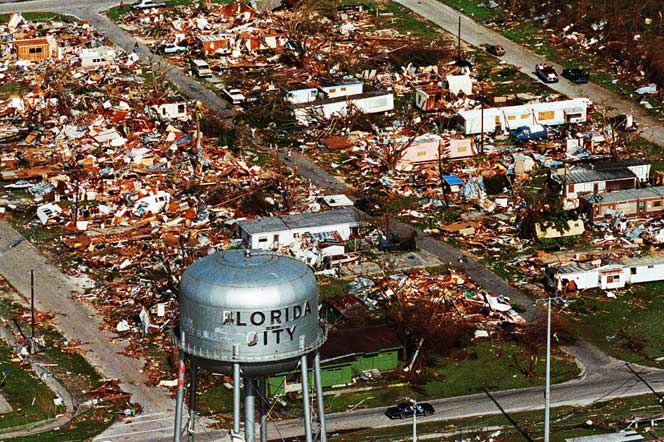 In what became the last Category 5 Hurricane of the 20th Century, Andrew on this August 23rd in 1992 was poised to hit Florida. It hadn’t happened yet, and reports were still sketchy as to where it would eventually hit. But on this day , it was all about the weather and all about holding your breath.

And weather in a few other places – in Montana on this day; snow, five inches of it. Wet snow that snapped trees and downed power lines. Snow that appeared where only a week before was a heat wave and turned-on air conditioners. Tropical depressions in Baja sending up flash-flood warnings to Southern California deserts.

A wild day of weather all over.

And that’s how this August 23rd rolled in 1992 – it was a Sunday, and no one seemed to mind that, except the people clamoring to load sandbags and cover storefront windows in Florida. That nightmare was only beginning.

All that, as reported via CBS Radio hourly News and Special Reports for August 23, 1992.